Clif High "Future Predictions And Living Within The Woo"

Clif High is fascinating!  Obviously, he is a genius!  I only understand about half of what he is talking about, but I want to know more and understand better.  He gives some interesting predictions in this video.  I highly recommend it.
at 9:02:00 AM 3 comments:

You must watch this video of testimonies of those in Israel--most of whom have been forced to be vaccinated.  (This is a shorter version of the original which I have posted a link to below.) Please share it with anyone you know who hasn't taken the vaccine or who is considering a third shot.  These testimonies will break your heart!

Here is a link to the original video:  Avital Says She Put Together This Documentary Called "The Testimonies Project" Due To Hearing Of So Many Injuries,

Here is another video to check out which is less than 3 minutes.  It seems to explain much: Why Do Some Vaccinated People Have Horrible Side Effects, But Others Do Not?!!

On The Fringe with Dan RadioStyle

I very much enjoy On The Fringe with Dan RadioStyle's daily news updates.  I also love his humor.  If you are not familiar with him I suggest you check him out here. Today's update on the Arizona audit is very informative.

Nikola Tesla's Secret Key to the Universe - The Rodin Coil

I wish I could figure out how to make it possible for you to watch this video here, but I only know how to add the link.  This is so interesting!  I believe this man--Rodin--is a genius, which I am not, but still I find what he is saying fascinating!  It is also stimulating to try to understand what he is saying.  Here is the link to the video:

If you are still considering getting the jab you will want to watch this:

This is very interesting proof that what has been claimed to have happened on 9-11 is not really what happened.  I highly recommend you watch this interview.

If you are reading my blog I assume you are one of those who is trying to get even more awake.  You will want to listen to this.  It seems to be another piece to the puzzle. 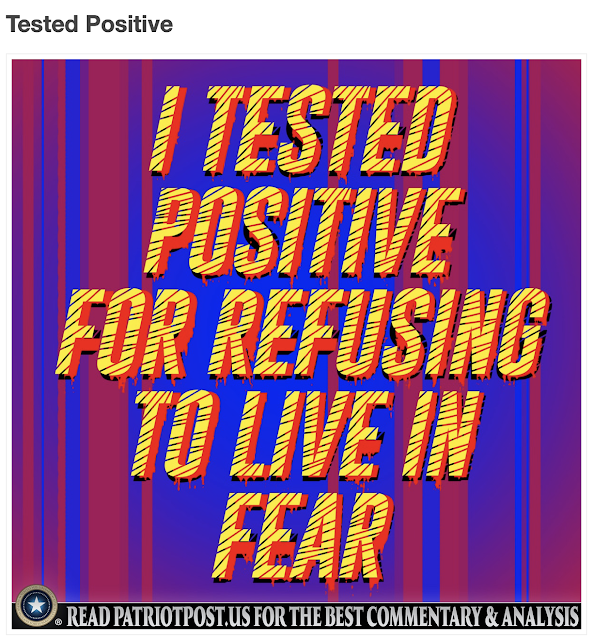 Shadrach, Meshach and Abednego--An Example For Our Time

I'm reading the One Year Chronological Bible.  The reading for September 4 just happens to be the story of Shadrach, Meshach and Abednego found in Daniel 3.  How appropriate and applicable for today!

Here is the chapter copied from BibleGateway, if you would like to read it:

4 Then the herald loudly proclaimed, “Nations and peoples of every language, this is what you are commanded to do: 5 As soon as you hear the sound of the horn, flute, zither, lyre, harp, pipe and all kinds of music, you must fall down and worship the image of gold that King Nebuchadnezzar has set up. 6 Whoever does not fall down and worship will immediately be thrown into a blazing furnace.”

7 Therefore, as soon as they heard the sound of the horn, flute, zither, lyre, harp and all kinds of music, all the nations and peoples of every language fell down and worshiped the image of gold that King Nebuchadnezzar had set up.

8 At this time some astrologers[b]The came forward and denounced the Jews. 9 They said to King Nebuchadnezzar, “May the king live forever! 10 Your Majesty has issued a decree that everyone who hears the sound of the horn, flute, zither, lyre, harp, pipe and all kinds of music must fall down and worship the image of gold, 11 and that whoever does not fall down and worship will be thrown into a blazing furnace. 12 But there are some Jews whom you have set over the affairs of the province of Babylon—Shadrach, Meshach and Abednego—who pay no attention to you, Your Majesty. They neither serve your gods nor worship the image of gold you have set up.”

13 Furious with rage, Nebuchadnezzar summoned Shadrach, Meshach and Abednego. So these men were brought before the king, 14 and Nebuchadnezzar said to them, “Is it true, Shadrach, Meshach and Abednego, that you do not serve my gods or worship the image of gold I have set up? 15 Now when you hear the sound of the horn, flute, zither, lyre, harp, pipe and all kinds of music, if you are ready to fall down and worship the image I made, very good. But if you do not worship it, you will be thrown immediately into a blazing furnace. Then what god will be able to rescue you from my hand?”

16 Shadrach, Meshach and Abednego replied to him, “King Nebuchadnezzar, we do not need to defend ourselves before you in this matter. 17 If we are thrown into the blazing furnace, the God we serve is able to deliver us from it, and he will deliver us[c] from Your Majesty’s hand. 18 But even if he does not, we want you to know, Your Majesty, that we will not serve your gods or worship the image of gold you have set up.”

24 Then King Nebuchadnezzar leaped to his feet in amazement and asked his advisers, “Weren’t there three men that we tied up and threw into the fire?”

They replied, “Certainly, Your Majesty.”

25 He said, “Look! I see four men walking around in the fire, unbound and unharmed, and the fourth looks like a son of the gods.”

26 Nebuchadnezzar then approached the opening of the blazing furnace and shouted, “Shadrach, Meshach and Abednego, servants of the Most High God, come out! Come here!”

So Shadrach, Meshach and Abednego came out of the fire, 27 and the satraps, prefects, governors and royal advisers crowded around them. They saw that the fire had not harmed their bodies, nor was a hair of their heads singed; their robes were not scorched, and there was no smell of fire on them.

28 Then Nebuchadnezzar said, “Praise be to the God of Shadrach, Meshach and Abednego, who has sent his angel and rescued his servants! They trusted in him and defied the king’s command and were willing to give up their lives rather than serve or worship any god except their own God. 29 Therefore I decree that the people of any nation or language who say anything against the God of Shadrach, Meshach and Abednego be cut into pieces and their houses be turned into piles of rubble, for no other god can save in this way.”

30 Then the king promoted Shadrach, Meshach and Abednego in the province of Babylon.

We continue to hear of those who are being told to bow down to the governmental idol of taking the vaccine.  I've heard so many say they will have to take it because otherwise they will lose their jobs, or they won't be able to travel, or may get kicked out of the military.  Well, Shadrach, Meshach and Abednego were required to bow down to the idol Nebuchadnezzar had built or they would lose their lives!  But what did they choose?  They said they would never bow to anything except the Lord their God-that He was able to save them, but even if He didn't they would trust Him.  So they were thrown into the furnace.  But what did Nebuchadnezzar see when he looked into the furnace?  Four figures walking--even though only three were thrown in.   Jesus rescued them and not one hair was singed, but those who threw them in died from the heat of the furnace!

Do we trust God as much as these three men?  Why not?  Isn't it about time we say "NO" to the idol to which we are being asked to bow and instead trust the Lord our God to save us in any way He sees fit?
at 2:28:00 PM No comments: