Last week, Norma & I hung Heritage Days and Martinsville Fair posters in the surrounding area.  The wind was terrible!  When we were in the Tuscola/Arcola/Arthur area we ran into several dust storms which helped us understand the stories we have read about the Dust Bowl of the 30's.
The next day we heard there were several accidents, including one death as the person ran into the back of a semi while she was blinded by the storm.
That is certainly understandable as you can see in these photos which I took through the car window as Norma was driving.  Fortunately, we saw the truck in front of us as it entered the storm. and slowed down significantly.
You can see the progression of intensity of the dust as we approached this particular storm. 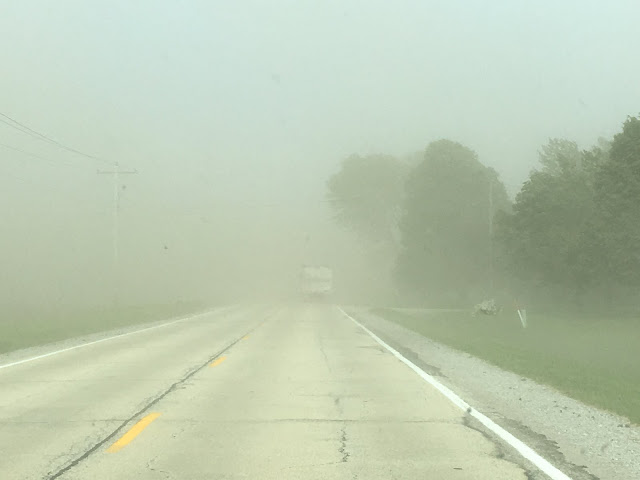 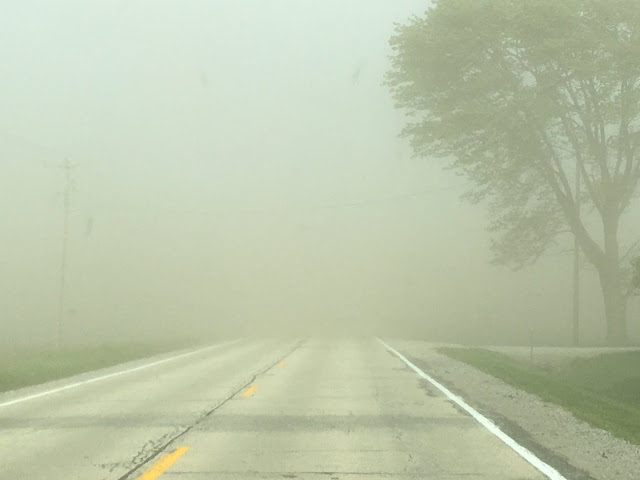 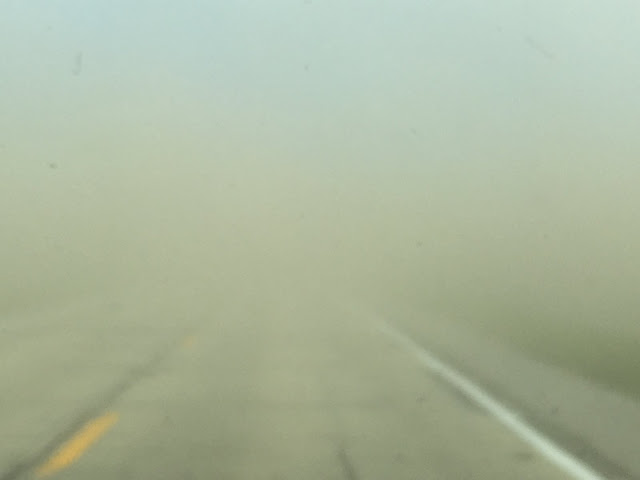