Country Guy and I went the the Indiana State Fair on Saturday with one of our grandsons and his girlfriend.  We had a really fun time!  Of course, we ate too much!  Have you ever tried Duck Fries?  Neither had we, but they were actually excellent!  We also had corn dogs, gyros, cheese curds, a hamburger with doughnuts on it, mini-donuts, ice cream and sati-baba.  Fortunately, we decided early on to buy only one of many of the items and all try it, otherwise we would have been sick! 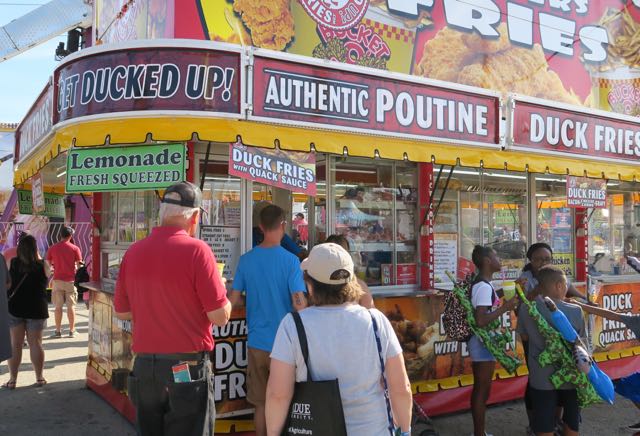 We toured the tiny houses, the aquarium, watched the dog tricks show, rode the Sky Train, and petted goats, sheep and pigs. 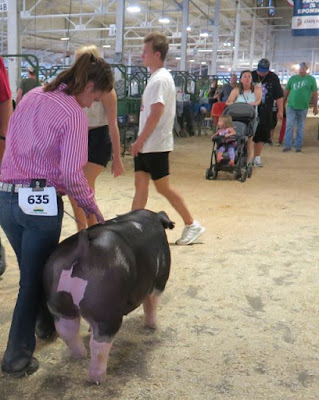 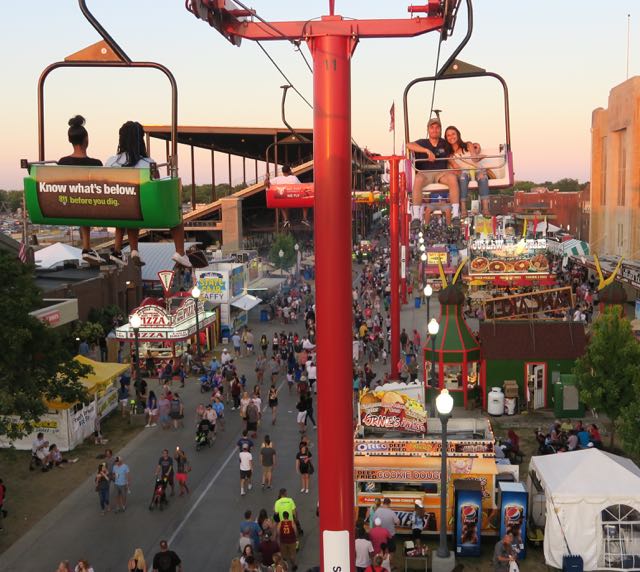 But by far the highlight for me was the Perceron/Clydesdale Six Hitch show.  Since our committee decided it was not a wise use of our money to host the Heritage Days Draft Horse Show anymore I have been missing those beautiful horses. The Fair had 18 entries with the competition divided into 4 separate events for maneuverability. 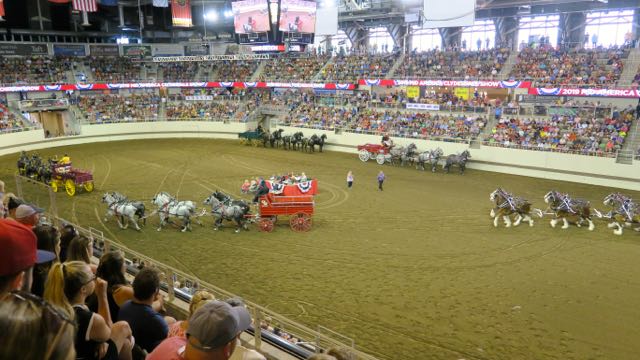 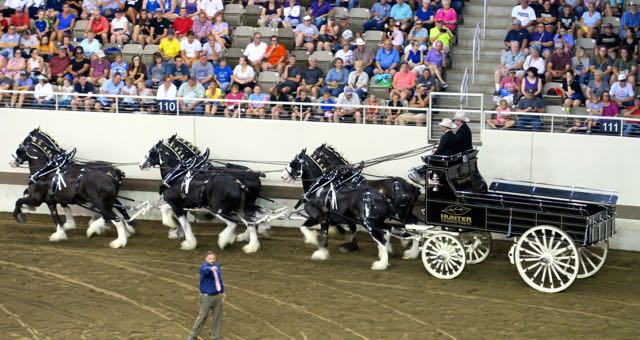 After judging all were brought back into the arena.  So many beautiful horses!! 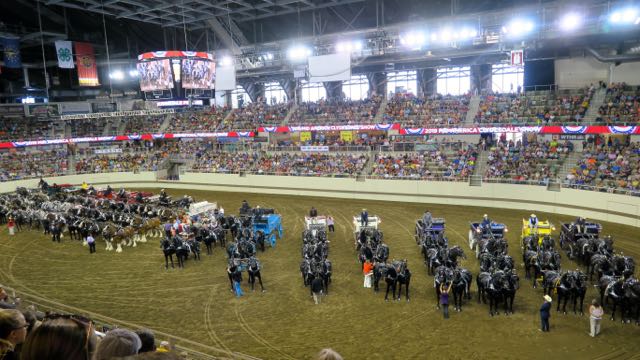 Three of the 18 had been to our Heritage Days Horse Show in previous years so it was fun to cheer for them.  Amazingly, our grandson, who had never been to a draft horse competition, picked the first place winner--Jackson Fork Ranch from Bondurant, WY-- out of the 18! 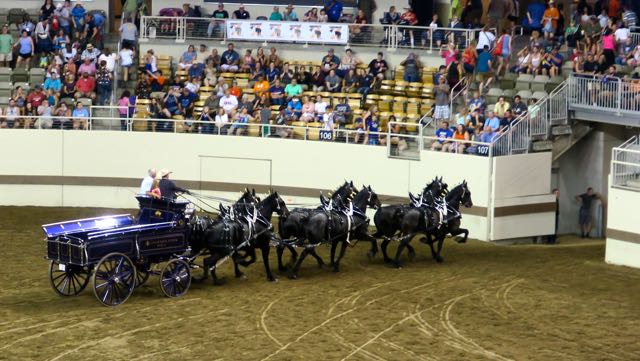