Last weekend was Heritage Days with the Draft Horse Show.  We began Friday night with the Lloyd Wood Country Music Show which was excellent.  It rained during the night but on Saturday morning we were able to hold the Horse Farming Demonstrations.  I am always impressed by this 6 horse hitch that was here last year also. 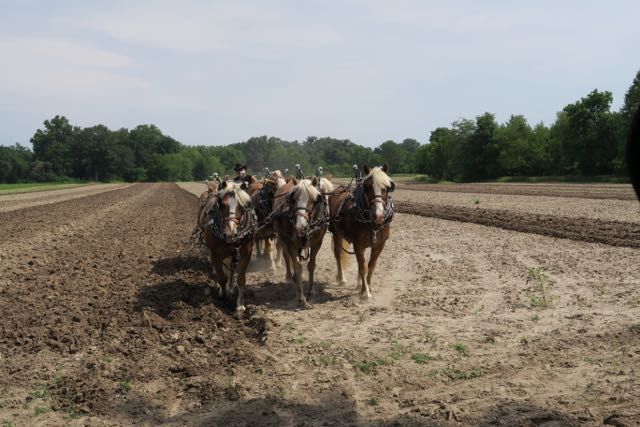 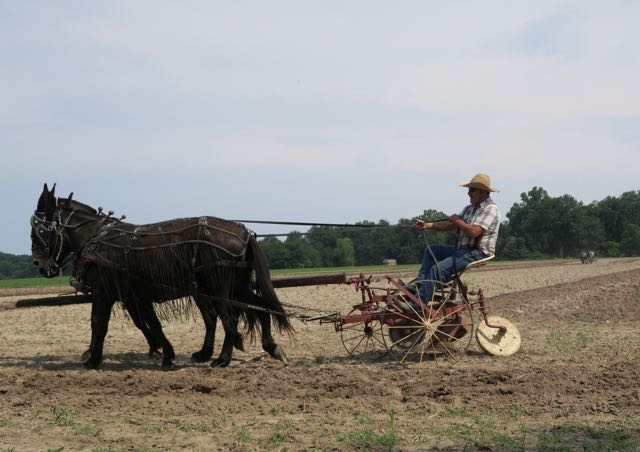 The draft horses are huge!  Can you imagine walking two of them at a time.  If they decided to run I don't think this guy would be able to stop them, do you? 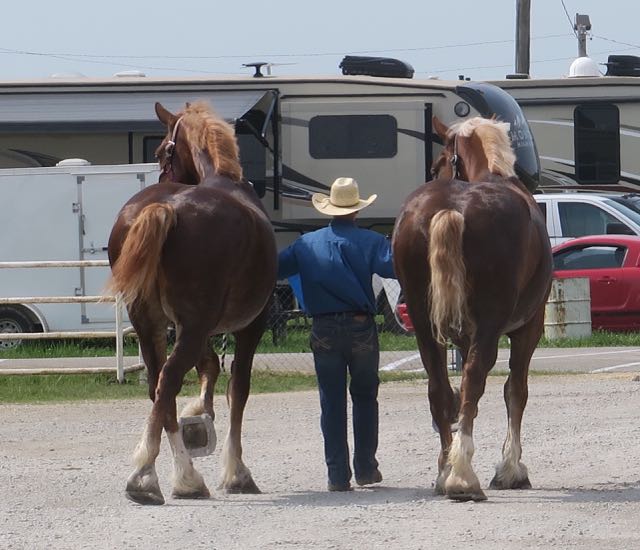 It began to rain around 11:00 on Saturday so we postponed the Horse Show till early afternoon, but then it continued to rain so we cancelled it for the day.  The horse owners/drivers decided to start earlier on Sunday at 11:00 but then it rained all night so we ended up having only the draft 6-hitch, the haflinger 6-hitch, the mini cart (as a filler) and then the draft and haflinger carts on the road by the barns.  The racetrack in front of the grandstand was too muddy.  The drivers were happy to get their points for the national competition and the rest of the classes split the money among the registrants.  It began to rain again right after the competition ended--around 1:00 Sunday afternoon and rained all afternoon.  We ended up with over 9 inches of rain!

I was able to get photos of the beautiful hitches.  Here are a few: 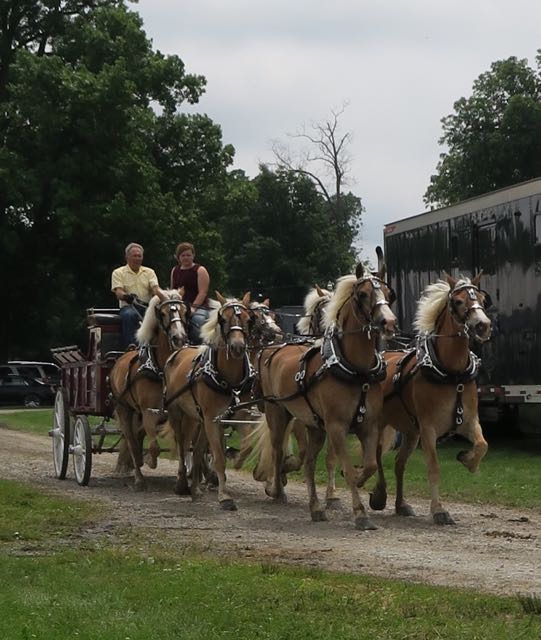 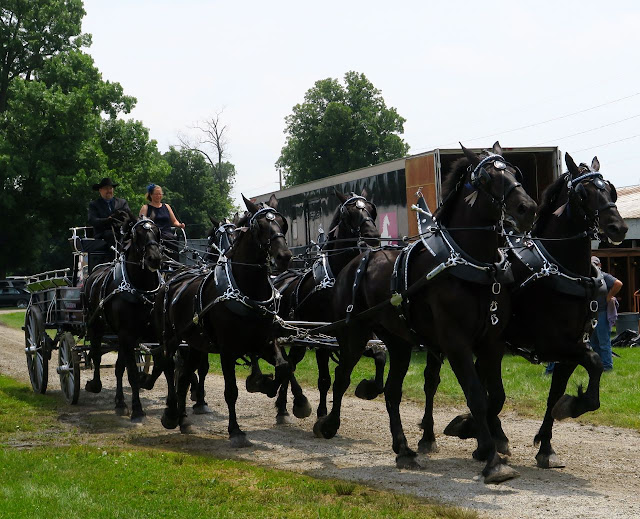 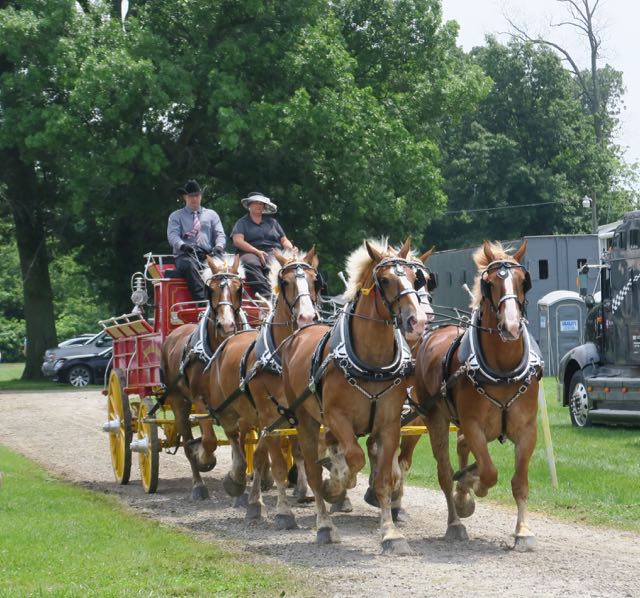 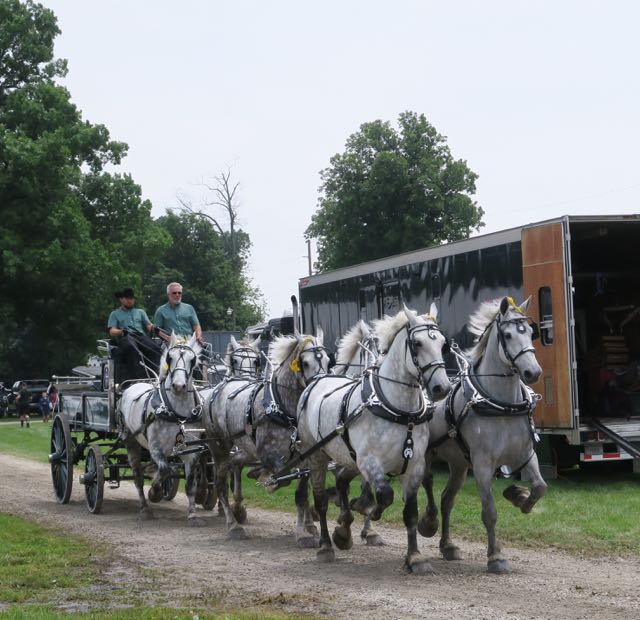 Lindy Nealey was supposed to perform Roman riding during both days' shows, but Country Guy and I are the only ones who actually got to see her perform.  She was practicing Saturday night in hopes of performing Sunday. 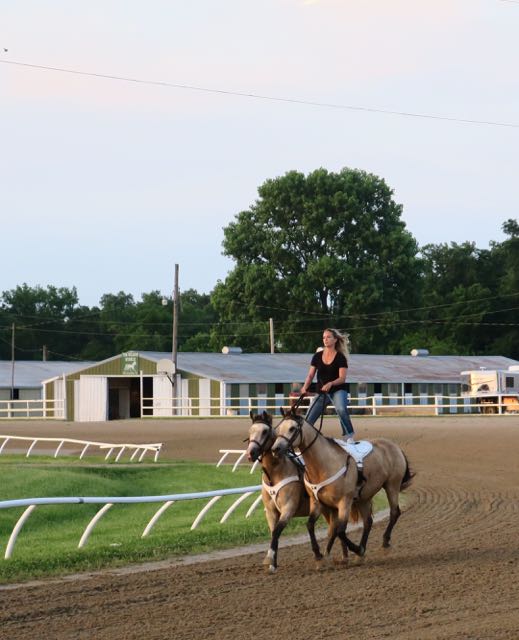 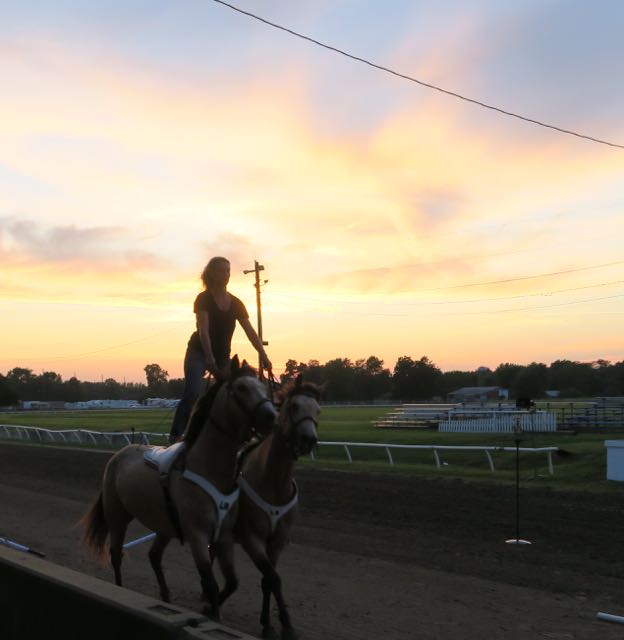 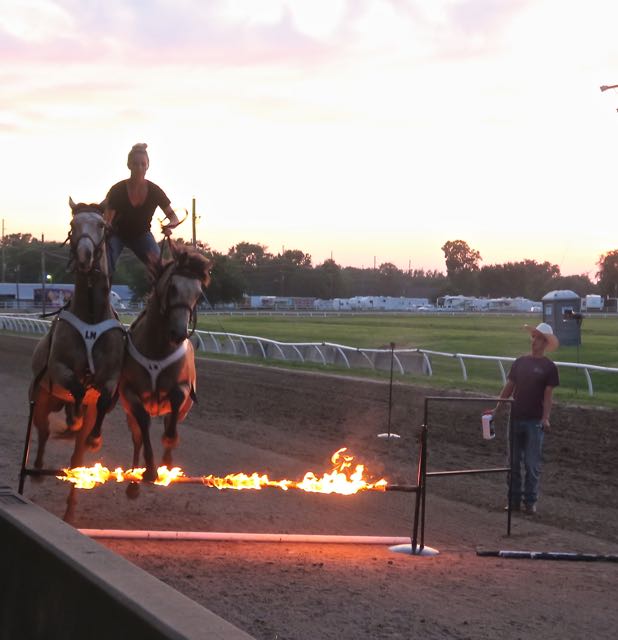