Because I continue to hear of women who say they have an annual mammogram, I decide to post part of this article on my blog.  You can read the rest of it on the truthaboutcancer.com website.  I also posted the link at the end of the post.

I stopped having mammograms sevral years ago after having two surgical breast biopsies, both of which were benign.  The pain, cost, inconvenience, stress and additional radiation made me realize I wasn't willing to pay that price.  It was only later I began hearing that at least 10% of breast cancers are caused by mammograms.  This and othr information certainly confirmed my decision.  Read the following and see what you think. 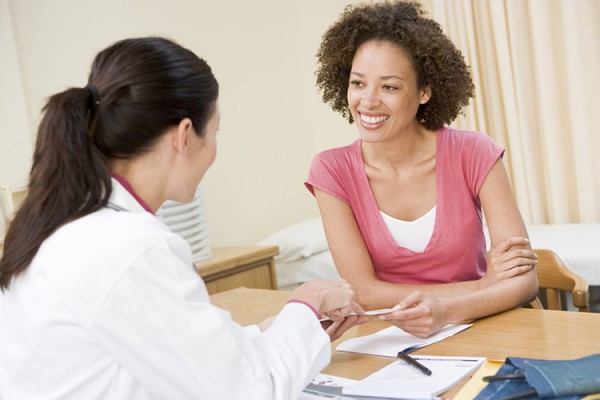 In a hurry? Click here to read the Article Summary...

Editor’s Note: This article first appeared in the March 2017 edition of TTAC’s Heroes Against Cancer member newsletter. The availability of the tests mentioned in this article may be limited based on your location and FDA approval.

October is Breast Cancer Awareness month, which every year means sweeping campaigns from organizations such as the Susan G. Komen Foundation encouraging women to practice prevention with the focus mostly on getting regular mammograms.
The focus on breast cancer this month is a wonderful opportunity for education in general, including knowing about the alternatives to mammograms for early detection.
In fact, this information is being sought after by more and more women. Statistics from the National Institutes of Health (NIH) reveal that close to 40% of all adults in the U.S. utilize complementary and alternative medicine – and more than likely you’re one of them.
Now the time has come to add alternative and complementary testing procedures to your cancer prevention and healing toolbox.

The Scary Truth About Mammograms

Mammograms are the go-to mode of breast cancer detection that is promoted by the established medical industry. The choice as to whether or not to get a mammogram is an individual one.
In order to make an informed decision, however, it is important to know the cold, hard facts. And the most glaring fact is that within the last year and a half, major organizations like the American Cancer Society (ACS) have changed their tune about their mammogram testing recommendations.
As of October 2015, the ACS recommends that American women get tested annually starting at 45 years of age (it was 40 previously) and that women aged 55 and older cut back to one test every two years. This change was prompted by a 2013 report published by the U.S. Preventative Task Force which recommended delaying mammograms for healthy women in order “to reduce the harms of mammography screening by nearly half.”
The specifics of these harms have remained somewhat vague; the mainstream media has mostly focused on the high number of “false positives” that mammograms produce. Indeed, approximately 20% of all initial breast cancer diagnoses wind up being “false positives,” which often lead to unnecessary biopsies and even rounds of chemo and radiation – not to mention a lot of unnecessary emotional stress.
There is more to the dangers of mammograms than what is regularly being discussed, however. Mammograms expose very sensitive tissue to low-level radiation which accumulates in the body with each visit.
In fact, according to a 2006 study conducted by the University Hospital in Birmingham, U.K., “Recent radiobiological studies have provided compelling evidence that the low energy X-rays as used in mammography are approximately four times – but possibly as much as six times – more effective in causing mutational damage than higher energy X-rays.” In addition, the extreme manipulation of the breast tissue that typically happens during a mammogram may in fact cause tumors to spread.
Perhaps the most startling fact about mammograms is that in reality they do not detect breast cancer any more than a regular self-exam can.
In fact, in the most comprehensive and sweeping study on mammograms to date, researchers from the University of Toronto monitored 90,000 women over the course of 25 years. The study, which was published by the British Medical Journal in 2014 found that mortality rates from breast cancer (and from all other causes) was the same both for women who got mammograms and those who did not. It also discovered that one in five cancers “discovered” through mammograms was in reality not a health threat.
“It will make women uncomfortable, and they should be uncomfortable,” Dr. Russell P. Harris, a professor of medicine at the University of North Carolina-Chapel Hill who specializes in screenings, told the New York Times at the time, in reference to the study’s findings. “The decision to have a mammogram should not be a slam dunk.”
No modality is going to be 100% accurate when it comes to spotting breast cancer. However, there is technology out there now which can now safely and effectively detect these cancers, sometimes years before a lump or bump appears.

If you’re looking for a non-invasive and safe diagnostic tool as an alternative or a complement to mammograms, then getting a thermography screening may be the right option for you. Thermography, also known as Digital Infrared Thermographic Imaging (DITI), detects areas of heat in the body which can point to areas where inflammation may be occurring.
Because of this, thermography may be able to detect physiological breast cancers even when they are just the size of a pinhead.
In fact, a 2008 study published in The American Journal of Surgery found that breast thermography in particular has a 97% “sensitivity rating” for discovering malignancies, sometimes years before a visible tumor has been formed.
Thermography can be especially effective for women who have been diagnosed as having “Dense Breast Syndrome,” where mammary tissue is denser and more fibrous than normal. While thermography is covered by health insurance in many countries outside the U.S., it has yet to be covered by most American providers.
More and more alternative health clinics are offering the service at affordable prices, however, including integrative health centers, Ayurvedic centers, acupuncturists, and chiropractors.
To find a certified thermography technician in your area, I recommend contacting the American College of Clinical Thermography.

So I say, walk by the Spirit, and you will not gratify the desires of the flesh.
Galatians 5:16