"This December – the Winds of Change Are Blowing!" Nate Johnston

Are you ready for another word of encouragement?  I think this word from Nate Johnston fits the bill.  Read and be excited!

"This December – the Winds of Change Are Blowing!"
Nate Johnston, Redding, CA

I have been feeling an intense anticipation in my spirit leading up to this month of December, sensing that we are about to see a huge shift globally, corporately (the Church) and personally, and the turning of a corner for the Kingdom. This will be a game-changer month where the tide begins to turn in so many areas that have been in contention.

This is what God spoke to me about this month leading into 2021, and what I see coming.

"After this I saw four angels standing at the four corners of the earth, and they were restraining the four winds so that no wind would blow on the land, on the sea, or on any tree." (Revelation 7:1)

Two weeks ago as I was waking up, I heard in my spirit, "The winds of change are about to blow! The winds of change are about to blow!"Then I saw in the spirit 4 angels that, like this Scripture, were positioned on the 4 corners of the earth holding back winds that were being readied for an appointed time. The winds were the winds of revival, awakening, justice and recompense, and they were being positioned like horses at a gate, ready to be unleashed upon the earth.

This was the 4-fold response of God to the enemy's plans that have been wreaking havoc on the people of the earth, causing them to falter and crumble. In the winds was the power to resurrect what looked like it had died in 2020. These were the reinforcements of Heaven coming to areas where it seemed as though all was lost and people were at the point of breaking down and giving up.

Your Forecast Is Changing

As soon as I saw this vision I knew this was both corporate and personal. I knew that God was giving me the upcoming forecast that the weather was about to change. While the storms of the enemy may keep swirling around the earth, nevertheless, the forecast is about to change for Believers and in key areas of victory and breakthrough that we have been praying for.

When the winds of change begin to blow, NOTHING can stop the move of the Spirit – nothing can hinder or prevent the mighty outpouring of Heaven upon the earth. The enemy may think he has brought the Body of Christ to the ground but it has only brought us to our knees, and when we are on our knees is when we are the most dangerous. The enemy has truly overplayed his hand and we are going to see this in December through to January. 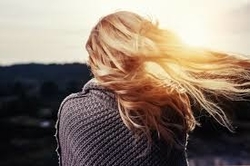 "Then he said to me, 'Prophesy to the breath; prophesy, son of man, and say to the breath, Thus says the Lord God: Come from the four winds, O breath, and breathe on these slain, that they may live.'" (Ezekiel 37:9)

The Winds of Government Are Shifting

"...This is the word of the LORD to Zerubbabel: 'Not by might nor by power, but by My Spirit,' says the LORD Almighty." (Zechariah 4:6)

Our job is to SPEAK, PROPHESY and PARTNER with the winds to see them deliver their hammer blow against the enemy's plans.

The Wind of Justice Will Expose the Chink in the Armor

I saw the wind of justice blowing violently upon the earth and lifting up what looked like the earth's tectonic plates. I feel like this represented the depths God was going to go to for unearthing injustices in this season to come.

This was the phrase that kept coming to me: "exposing the chink in the armor," like an adversary who had forgotten to hide its weak spot. The wind is coming to expose and reveal, to expose the enemy's plans and unveil the might of the army of God. It will uncover the hidden agendas lurking in secret and reveal the glorious Bride shining forth, trained for this very moment.

The Reinforcements Are Here!

The winds of the Spirit are here to lift up the arms of the intercessors and watchmen around the globe...those who have been falling into defeat and grief; those who have been heavily under fire and losing their strength. The winds are blowing in December to lift you up and remove you from the witchcraft battle that wants to keep you in the line of fire, instead of protected, and from firing fatal blows to the enemy's agendas. The winds of opposition tried to take you out and uproot you, but watch now as the winds of the Spirit pick you up and plant you!

In fact, even right now, let the winds blow away the words and witchcraft warfare of 2020 that have swirled around you. You don't need to carry any of it – the sheep bites, character assassination, fear, opposition or weariness. The winds are here to clear the air over you and clear the air where the mainstream media has spread lies, fear and hysteria that have only increased the witchcraft warfare against the Church.

You Have Endured the Shaking – Now Gold Is Being Revealed 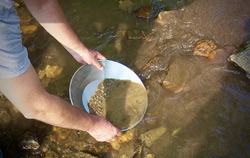 In another vision, I saw someone panning for gold. They were shaking the pan over and over until they finally stopped, and what was left was the gold they were looking for. First, this speaks to me of the shaking of the Church in 2020, and how God has used crisis and conflict to awaken us and reveal the gold we had hidden under layers of religious dirt and dust. It also represents our own personal shaking and revival, and the process of redefinition and clarification that we have been going through. (Photo via Wikimedia Commons)

This December, God wants to refresh you and bring healing to you where you have been tired and where the year has taken its toll on you emotionally, mentally and spiritually. I feel like many of you have felt the deep toll of the year without recognizing the immense refining of gold that ALWAYS ends in breakthrough and blessing.

You have endured. You have walked through fire and flood and storm, but after the shaking comes the wind that blows away the debris to reveal what is underneath, and now it's time to see the fruit of faithfully pressing through the most difficult minefield of this hour in history. The winds of change are here now to REVEAL what has been hiding underneath the process.

Look out for the redefinition of purpose and vision in December. I see role shifts and transfers in the spirit, where people are moving into different positions in the Kingdom and into different alignments and affiliations. The mission He has given you is being sharpened and readied for greater impact in 2021; and for those who have been feeling up in the air, in a hallway/waiting season, you will begin to SEE what you have been RESET for.

Your trajectory had to shift to accommodate what was coming, and you wouldn't have been able to do it without the mess and conflict – God used it for your benefit.

One of the greatest shifts is the redefinition of tribes and alignments. God is surrounding you with people who are there to hold your arms up and who can handle the weight of your calling, not wanting to usurp you, control you, manage you or turn on you the moment you step into deeper waters. God is bringing heavyweights of the Kingdom who have the maturity and integrity to last the distance with you...so watch as the winds of change begin to blow in the area of new alignments beginning, and then the closing of old doors.

The winds of change are going to move people geographically in December – January. There are those who are already, right now, feeling the pull. God is preparing you and even while you don't have all the pieces or reasons, you know the season where you have been is done and it's time to move on.

The last thing I heard was that "good news is on the wind," and I believe the winds of change are carrying the good news that has been prevented and delayed for a long time. The war in the spirit has been to stop and delay the reinforcements and the breakthrough. It's been to stop the dots from connecting and the pieces from coming together, but let me prophesy – the good news is coming on the wind! Just as the wind causes eagles to soar higher, so this wind will cause the prophetic eagles to rise higher in this next season. The winds will be the sign of the birthing of major Kingdom movements being released in the earth that will change the game!

Are you ready for the winds? Let's go!