I am always encouraged by words from Lana Vawser.  This is not an exception.

The Lord has been speaking to me for quite a few years now about a major wave of deliverance coming to the Body of Christ like we have never seen before. I believe we have now entered that time, where the Lord is delivering His people in power, in ways we have never experienced.

Recently I heard the Lord say, "Now is the time for 24-HOUR, MAJOR, MONUMENTAL DELIVERANCE." When He spoke these words they resounded loudly in my spirit. He is moving in so much power, upon many right now, that monumental change will take place in a day. Things will look one way and then, suddenly, the mighty wind of the Holy Spirit will come in power and bring significant deliverance and COMPLETE CHANGE. 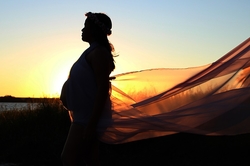 The Lord reminded me about a word He gave regarding the time we are in right now: He is bringing forth MULTIPLE BIRTHS. (Photo via Max Pixel)

I saw many suddenly being delivered by the power of His love, uprooting roots of fear and anxiety. The Lord is not waiting to come in a "far off time"; He is coming now. He is moving NOW to deliver His people. For many, there was a transition taking place. They've been in a place of "one thing after another" attempting to contain, cripple, and take them out. They are now moving to a place with the delivering, resurrecting power of the Lord to set them free, break their chains, and move them into a place of MULTIPLE BIRTHS.

"When the righteous cry for help, the Lord hears and delivers them out of all their troubles. The Lord is near to the brokenhearted and saves the crushed in spirit. Many are the afflictions of the righteous, but the Lord delivers him out of them all." (Psalm 34:17-19 ESV)

Again, the Lord continued to speak, "You may not see how anything can change in a day, but I say unto you, I am bringing forth 24-hour, major, monumental deliverance that will change the very course and direction of your life."

These powerful moments of deliverance will leave nothing unaffected. Everything will be touched and changed because of the delivering power of the Lord. It will bring such radical transformation in hearts and lives that they will never be the same.

The Rising Sound of Testimonies and Faith in Jesus' Name

A sound began to rise from within the hearts of many as the power of the Lord started manifesting to deliver them from the attacks and works of the enemy. It was the sound of testimonies declaring the POWER of the name of Jesus, and the sound of FAITH. It was getting louder and louder, proclaiming that there was NO greater or more powerful name than JESUS! It was raising up a level of faith within many that there is NOTHING impossible for our God (Luke 1:37). The powerful manifestation of the Lord's deliverance in many lives was increasing faith so incredibly, it was branding hearts afresh with Matthew 17:20 (TPT):

"...I promise you, if you have faith inside of you no bigger than the size of a small mustard seed, you can say to this mountain, 'Move away from here and go over there,' and you will see it move! There is nothing you couldn't do!" (Photo via Wallpaper Flare)

I began to see many who have been so beaten down, oppressed, tormented by the enemy, bound, and facing blow after blow. But now they are rising up—not only free of bondage and sin, not only free from the effects of such traumatic seasons, but moving into a time of seeing multiple births of what He had spoken, and the moves of His Spirit. They will be branded with a much deeper level of faith in who He is, and the power of His name, that they will begin to go forth, walking in faith and boldness like never before. They will begin to move in the power and authority of the name of Jesus to do His work and partner with Him in ways they have never imagined.

Full of Fire and a Ferocious Focus of Faith

I saw a fire and ferocious focus of faith within them that blazed strongly. They moved in great awakened authority and began to go forth with heralding voices of faith, declaring, "There is NOTHING My God cannot do! Everything can change in a day because of His name and His power—nations can be changed in a day! The most impossible situations will suddenly be overturned because Jesus shows up!"

The enemy has fought so hard against these ones to steal their voice and steal their faith, BUT GOD! They are now arising, unchained, unhindered, untethered from the snares that have so long tried to hold them back. They will go forward now in deeper, bolder faith, testifying to and burning with a deeper revelation of Jesus their Deliverer, and the POWER in His name to break off every chain.