What A Wonderful Time We Had This Weekend At Heritage Days!

What a wonderful weekend!  Heritage Days was a success!  Even though we didn't have as many people attending as we had hoped,  many people who came commented on what a relaxing, fun festival it was.  I am always a little disappointed when something turns out so well that more people didn't get to enjoy it.  I guess that's just my personality.  Most would just be glad those who were there had a good time.
This has been a pretty stressful, hectic week, but when I saw children having fun and adults congregating to renew friendships and make new ones, I knew it has been worth the hassle.  We had to change so many things because of rain, no grass in the amphitheater viewing area so we sewed grass and added straw to a small area on Friday, no electricity until 5:00 on Friday when a wonderful friend, who is an electrician, worked late to dig trenches and get us power in the new Linn Park area, cancellations, late registrations, etc., etc. but as usual, it all came together in the end.
Our friends, Ned & Marcia, came a day early from Omaha to help and to participate.  Ned is a wood carver so he had a vendor's booth, but before the Festival he & Marcia also helped with the strawing of the grassy area of the Amphitheater, moving picnic tables, sweeping the amphitheater stage and dressing room area, marking vendor spaces when the tents were set up, and lots more. How grateful we are to have such good friends!
The Equine Parade was a hit, as was the barrel train and horse carriage rides.  We had several new artistic and food vendors.  The barbecue sold out early afternoon on Sat. to the disappointment of Country Guy and many others.  The Little Orbits doughnuts were a new tasty treat.  Of course, the vendor demonstrations were interesting--the goat milking was a special hit with the kids. Bill Bertram's Indian artifacts were fascinating and the Native American Impersonators always had lots of interested listeners.  The music was provided by very talented local artists.  It started raining as Trouble & Company began to perform so they invited any who wanted, to come on stage to get out of the rain.  Several went, and some danced to the music as they performed. 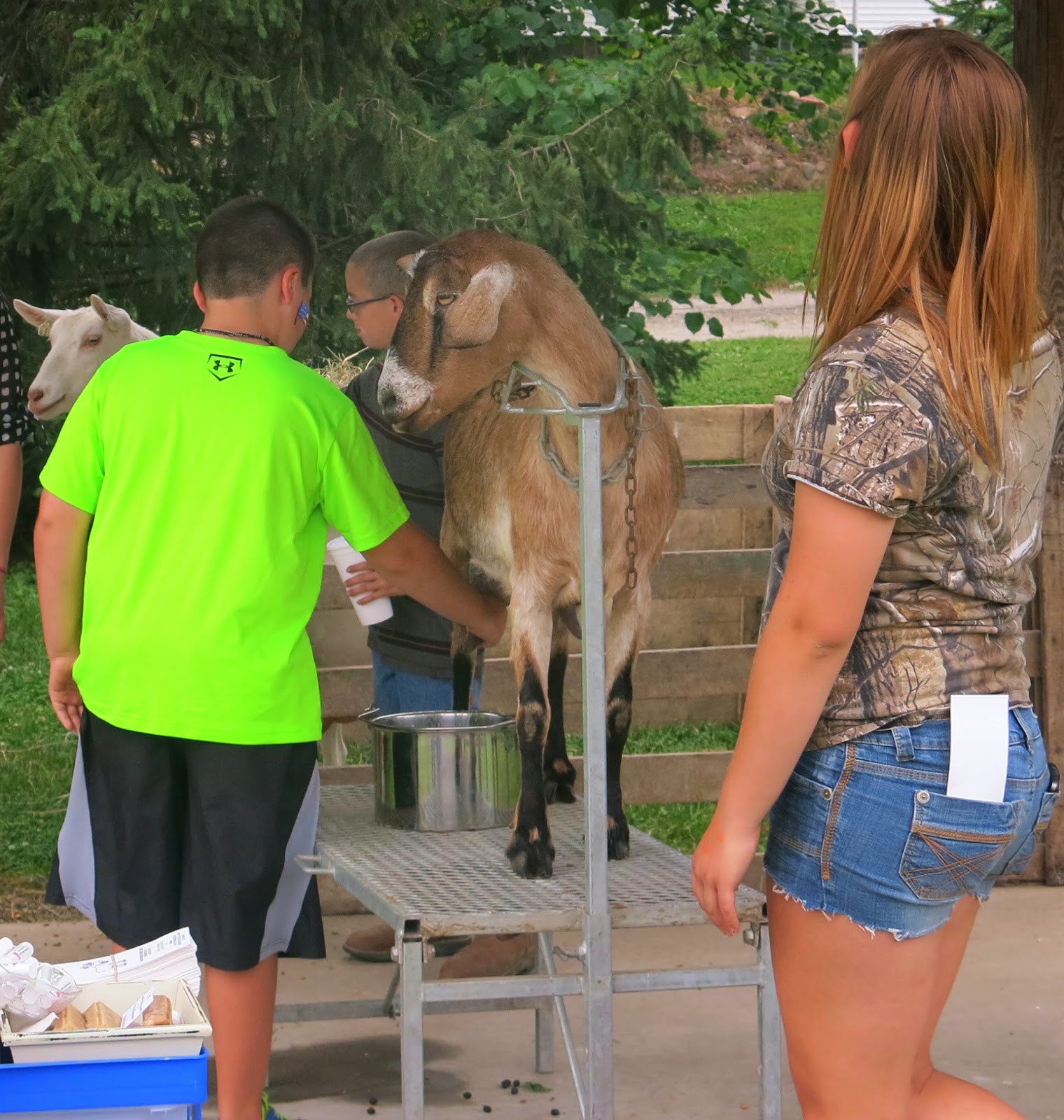