It Was A Fabulous Weekend!

What a wonderful time we had at Heritage Days!  Some of the artist/artisan vendors came from long distances, as did the horse show competitors and many of the spectators.   A couple from London, England, introduced themselves to several of us.  It turns out they had googled horse shows near Chicago where they were taking a train and planned their vacation to come to little old Martinsville, Illinois.  They were very impressed with the Festival and sounded as if they might even return next year.  Amazing, isn't it?  In additon, we had people from AZ, OR, WA, NE, OK, OH, MO, IN, IL, MI, TN, NC and probably lots of other states, too,--those are just the people I met personally.
We were so glad our friends, Ned & Marcia could come again this year from Omaha.  Ned is a bird carver and has brought his bird carvings to Heritage Days all 3 years of our Festival.
The Festival began on Friday night with the Night of Bluegrass.  The bands were great and the weather cooperated.  Even though the day before it was forecast an 80% chance of rain in the evening we had no rain.  People brought lawn chairs and spread out over the lawn in front of the amphitheater. 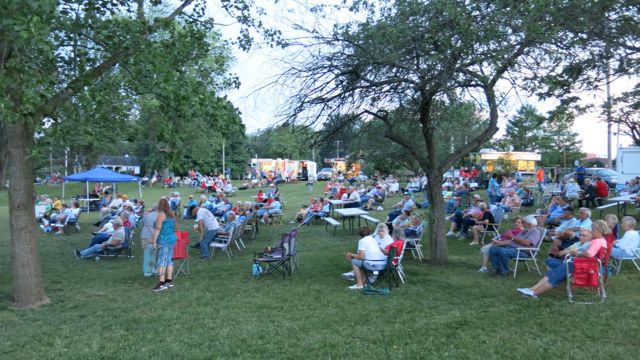 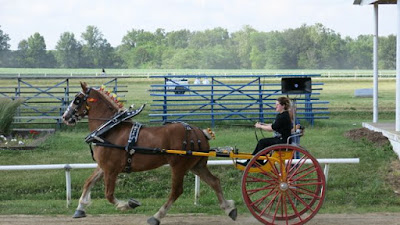 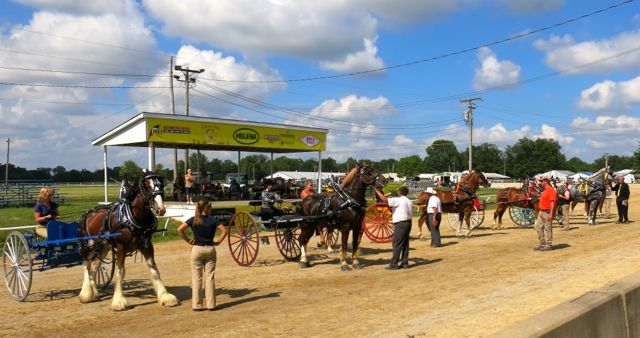 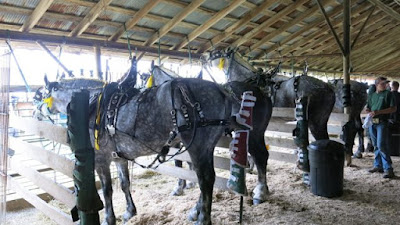 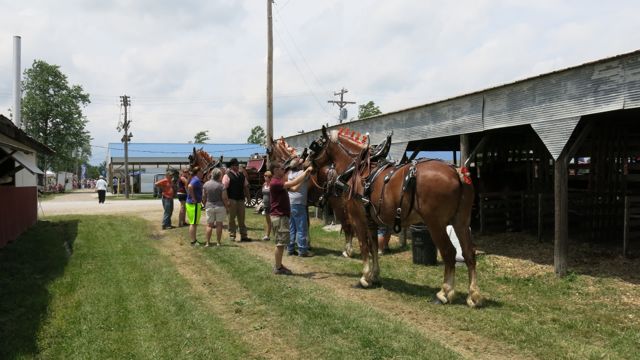 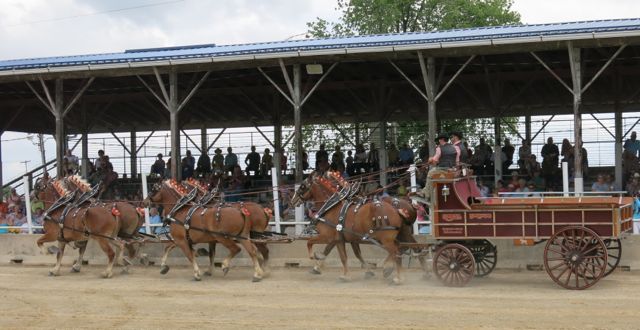 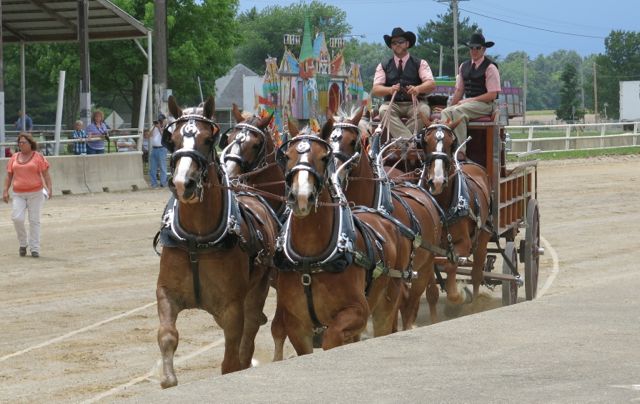 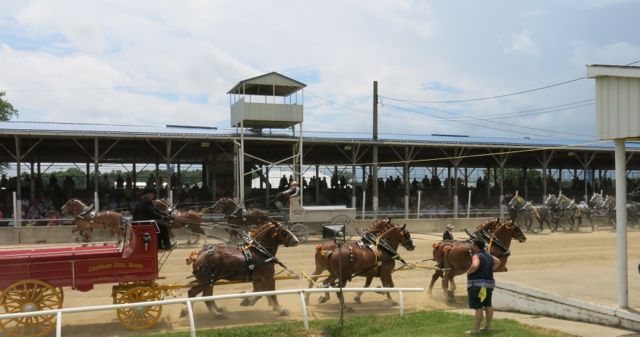 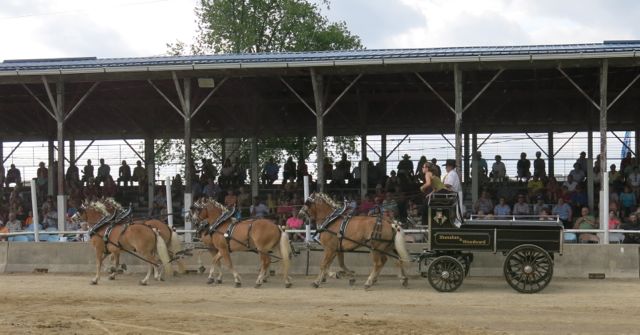 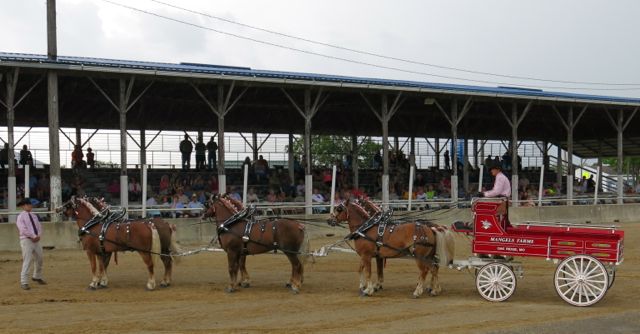 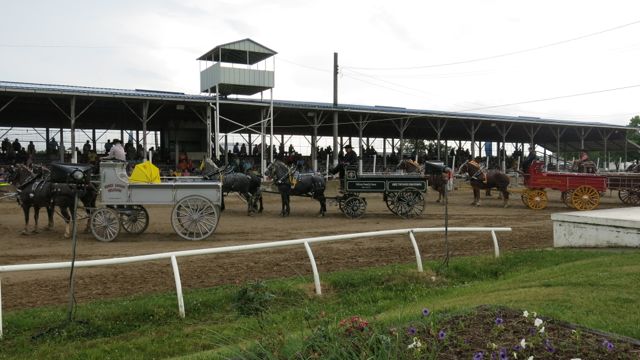 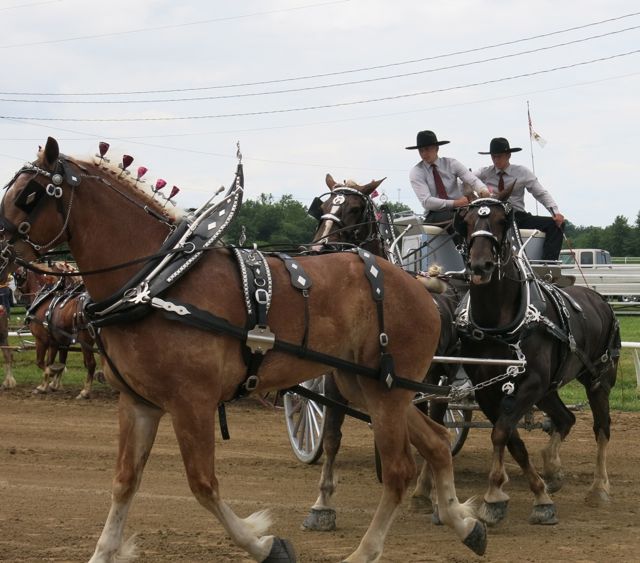 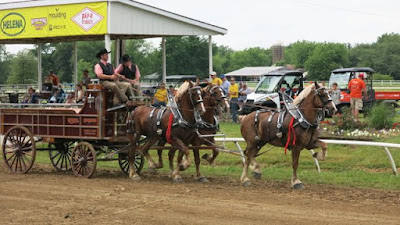 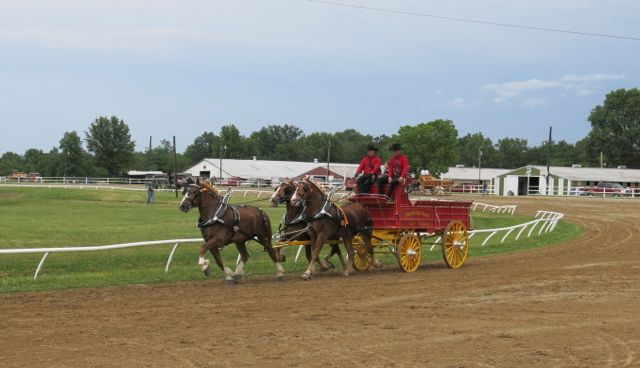 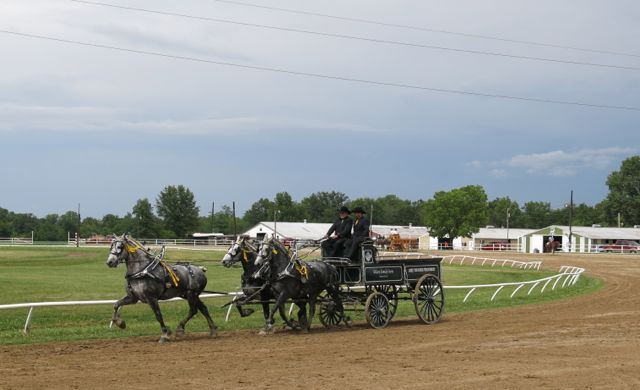 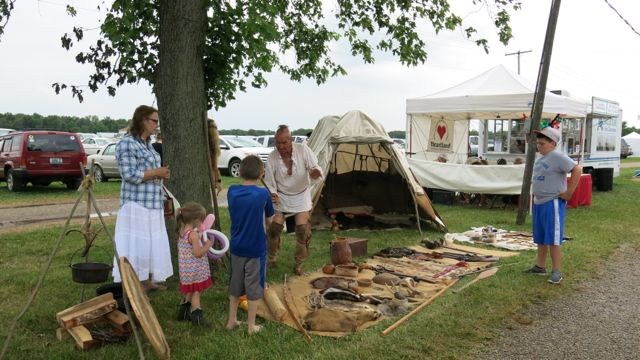 It rained Sunday afternoon for a few minutes so the Horse Show waited it out.  The sun came out and they were able to finish the show but then another storm came in by evening. Therefore we moved the Aaron Wilburn concert to the High School.  I didn't get a picture of his performance but it was a perfect ending to a fabulous weekend!  He is hilarious.  Those of us who had worked at the Festival were so tired by then that the evening of laughter revived us.  If you get the opportunity, don't miss seeing Aaron.

Wonderful pictures of those beautiful horses.
We really enjoyed seeing them again.
A great weekend festival of music & horses & people.