"America, Is That a Prayer On Your Lips That I Hear... and Is That a Tear In Your Eye?" by Bill Yount 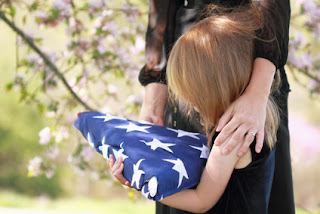 In the Spirit I saw hair-line cracks appearing on the marble floor of the White House.

As I saw these hair-line cracks begin to appear on that marble floor, I sensed the Lord speaking from Job 14:7, 8, 9. "For there is hope of a tree, if it be cut down, that it will grow again, and that the tender branch thereof will not cease. Though the root thereof wax old in the earth, and the stock thereof die in the ground; Yet through the scent of water it will bud, and bring forth boughs like a plant."

I sensed the Lord saying, "As Samson's hair began to grow again, so are the spiritual roots of this nation." As I saw the cracking of the floor increase, it was like the very foundation of deception and greed was beginning to be dismantled...exposing the enemy! (The enemy is not flesh and blood but Satan.)

I said to the Lord, "What has caused these spiritual roots to begin to grow again at this time?" I sensed the Father saying, "I have collected in a bottle every tear that swelled up in every eye that has mourned for this nation. These tears in My bottle are now being poured out over America causing her roots of righteousness to begin to spring forth in the land.

In the Spirit I saw what appeared to be 'paramedic angels' dispatched, dropping from the heavens as in parachutes, landing on the front lawn of the White House. It seemed that those grass roots of righteousness that began to crack the White House floor had set off an alarm in hell, summoning these angels with urgency to surround the White House.

I saw multitudes of other angels descending upon and filling up the mall of the nation's capitol. I saw that these were Second Chronicles 7:14, 15, 16 angels who had the scripture written all over them..."If My people who are called by My name shall humble themselves and seek My face, and turn from their wicked ways; then will I hear from heaven and will forgive their sin and heal their land."

These 'Second Chronicles' angels seemed to have had assignments throughout the ages to descend upon nations that were in critical time frames where a nation seemed to be hanging in the balance. These angels warred solely and strictly on 'corporate prayer' only! I sensed they had come to Washington, D.C., but now were given orders to wait on the rising tide of 'corporate prayer' from the heart of America.

Some certain angels were released into war for a nation only through tears...nothing else moved these ones. Not even prayer, unless tears were mixed with them.

I asked the Lord, "Father, why 'paramedic angels'? I have never heard of them." I sensed He responded, "I plan to give mouth to mouth resuscitation to America and kiss her face again!"

"Oh America...is that a prayer on your lips that I hear... and is that a tear in your eye?"