Country Guy and I just returned from a two week Odysseys Unlimited Patagoina Explorer Tour in Chile.  (Hence the lack of blog-posting for awhile.)  I thought I would share a few photos for those of you who knew we were going and are wondering what we were doing down there. 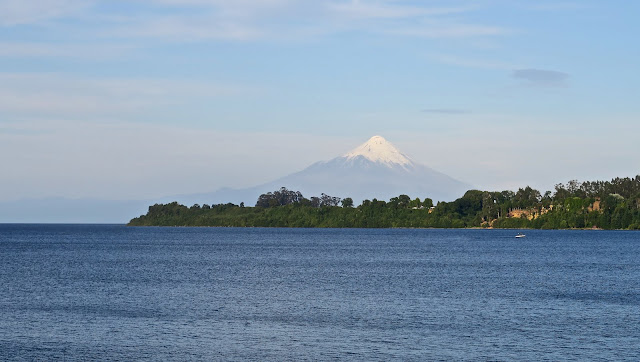 We had a view of the Osorno Volcano from our hotel room in Puerto Varas (our first stop.)  The weather was beautiful!  We were told that often the volcano is hidden in rain clouds. but every day we were in Chile we had some sunshine. 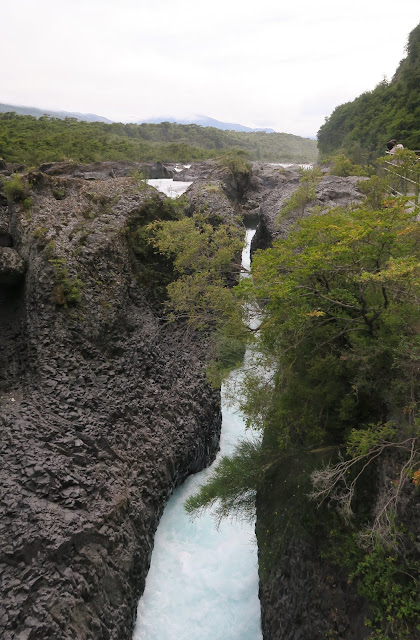 The day after we arrived in Puerto Varas we went on a fun hike in Vincent Perez Rosales National Park where we saw this impressive waterfall and rushing river. 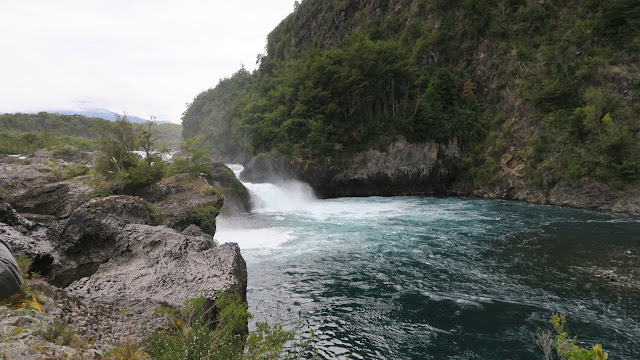 The next day we were treated to a demonstration by Chilean cowboys.  Their beautiful horses are taught to run sideways! 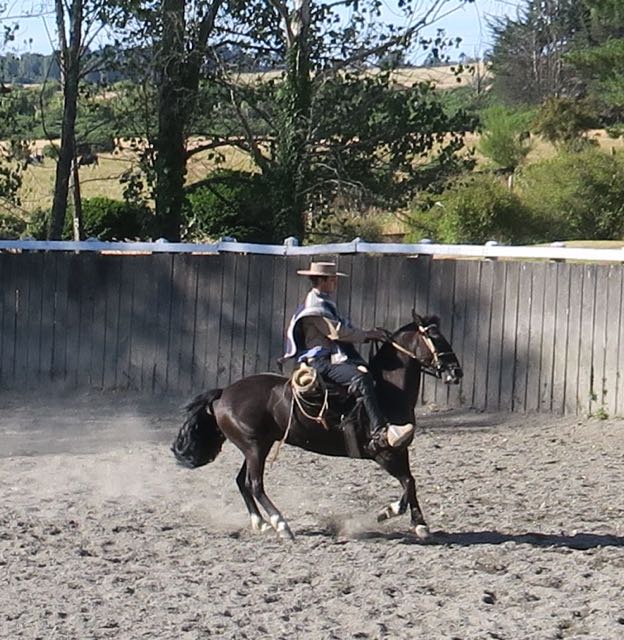 Tomorrow I will post photos taken at our next stop -- Punta Arenas.