I received this email recently.  America must wake-up soon.  There is an evil plot underway to undermine all we have stood for.  Many can't believe it because we have enjoyed our freedom for so long but all we have to do is look at other countries who were once free but because of an evil regime and the complacency of it's citizens lost their freedom practically overnight.
Please inform others.


"He May as Well Be Hugo Chavez And That's No Exaggeration." -Rush Limbaugh. 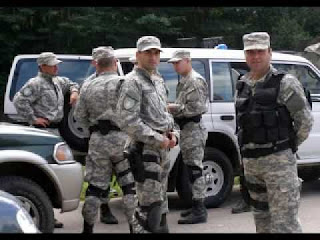 Is this what Obama meant...“We cannot continue to rely only on our military in order to achieve
The national security objectives that we’ve set. We’ve got to have a civilian national security force that’s just as powerful, just as
strong, just as well-funded.” Barack Obama, 2008

October 7, 2012. Vicksburg .
The federal government calls them FEMA Corps.  But they conjure up memories of the Hitler Youth of 1930’s Germany .

The Dept of Homeland Security has just graduated its
first class of 231 Homeland Youth. Kids, aged 18-24 and recruited from
the President’s AmeriCorp volunteers, they represent the first wave of
DHS’s youth corps, designed specifically to create a full time, paid,
standing army of FEMA Youth across the country.

FEMA Corps first-responders
On September 13, 2012, the Department of Homeland Security
graduated its first class of FEMA Corps first-responders. While the
idea of having a volunteer force of tens of thousands of volunteers
scattered across the country to aid in times of natural disasters
sounds great, the details and timing of this new government army is
somewhat curious, if not disturbing.  DHS raising an armed army.

Over the past two years, President Obama has signed a number of
Executive Orders suspending all civil and Constitutional rights and
turning over management of an America under Martial Law to FEMA..

Armored Fighting Vehicles: Individuals around the
US have begun reporting the site of strange, new, heavily-armed FEMA
fighting vehicles with machine gun ports. 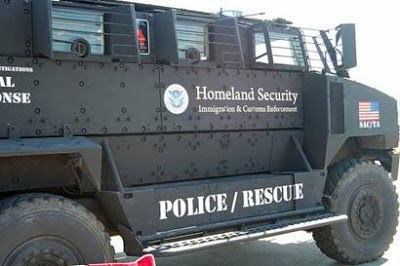 What would a disaster relief agency like FEMA need with 2,500 brand new GLS armored fighting vehicles?  According to the agency’s own mandate, as well as President Obama’s recent Executive Order, the answer is ‘population control’ during a time of Martial Law. 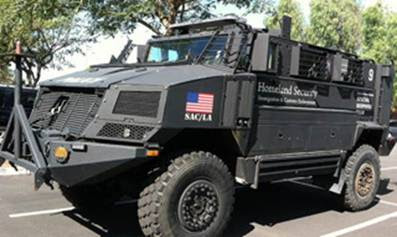 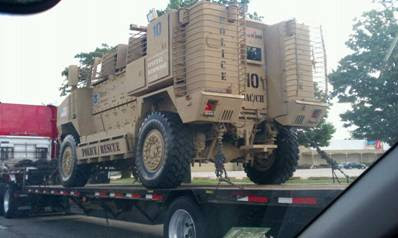 Billions of rounds of ammunition.
One look at a chart of DHS ammunition purchases over the past decade reveals a drastic spike in orders of bullets recently, totaling in the billions of rounds. Other charts available online show a similar drastic spike in the purchases of accompanying weaponry by the Department of Homeland Security. What is the US federal government preparing for? And why does it feel it needs an army of brainwashed youth, millions of guns, thousands of armored fighting vehicles and literally billions of rounds of ammunition, just to provide relief to the American people during a natural disaster? Any historian will tell you it sounds more like the arming of the Hitler Youth than an army of first responders fighting forest fires and hurricanes.

It was a bright cold day in April and the clocks were striking thirteen. To late now.....