As you may have surmised from the lack of postings--I've been very busy helping to prepare for "Our Hometown Christmas" in Linn Park.  Dahnke's--our local tree farm--donated eight 6 foot trees which they installed near electrical outlets in the Park and then we added lights to them and in several other places in the Park.  Then on Thursday we decorated our float, then Friday I made 15 dozen cookies.

Last night we had such fun at the celebration!  We gave away 300 hot dogs, over 10 gallons of hot chocolate, many bottles of water and at least 45 dozen cookies.  The weather was amazing--68 degrees on December 12th which is almost unheard of, so lots of people turned out.

The Live Nativity was a great hit--especially since this year we had a live camel.  The donkey was so cute, the participants did a great job of portraying the message and the cattle (cow) 'lowed' at just the right times.  Norma did a wonderful job of spacing the action throughout the Park and then she read the script as the actors did their part.  The Bible Church singers added much to the whole presentation. 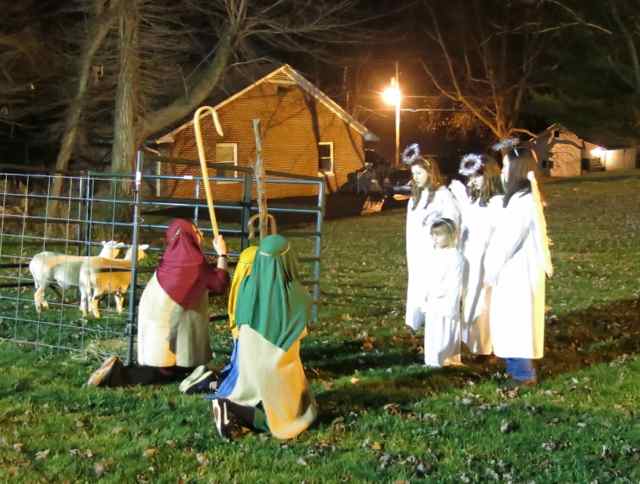 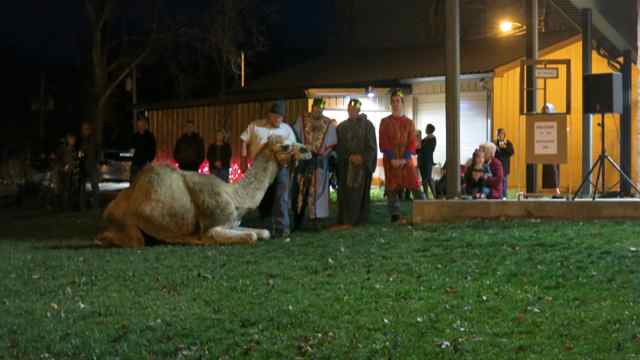 The Firemen's Auxiliary Parade of Lights had over 40 entries this year.  It was beautiful!  Our Martinsville on the Move float won the prize for the "most original."  Because of the lights and movement several of the photos I took were too blurry to post, but here are a few that turned out well enough to post. 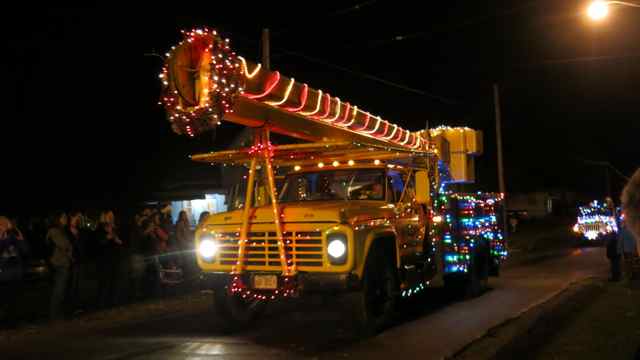 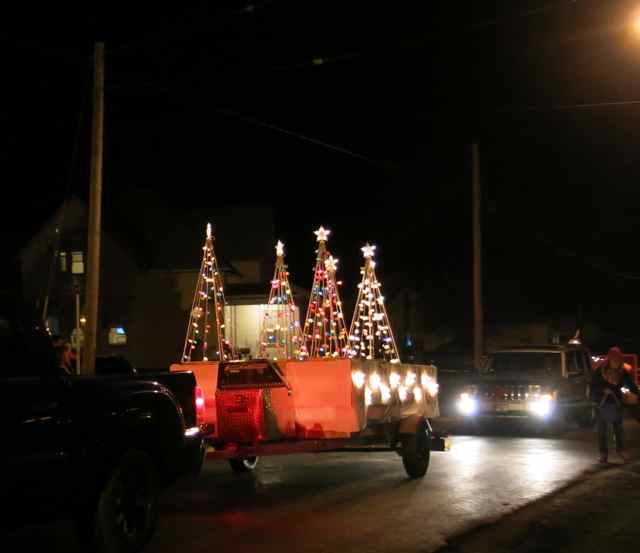 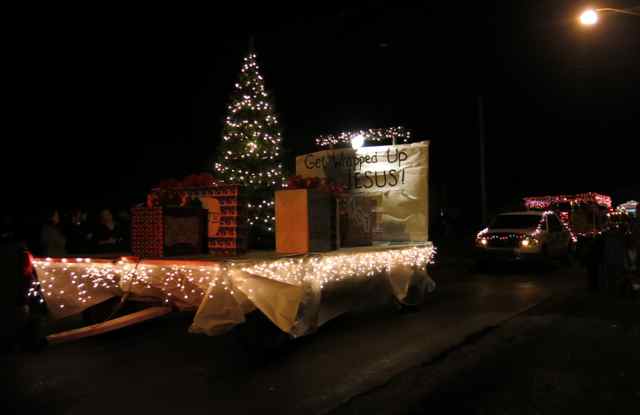 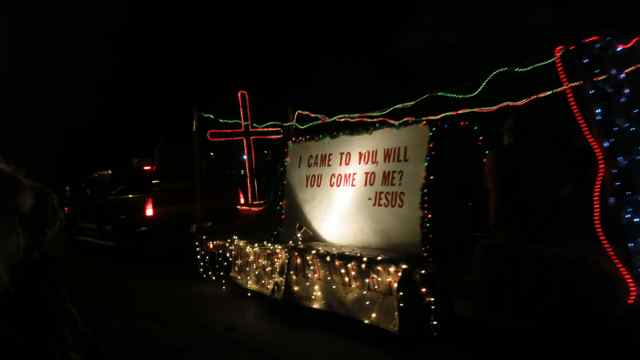 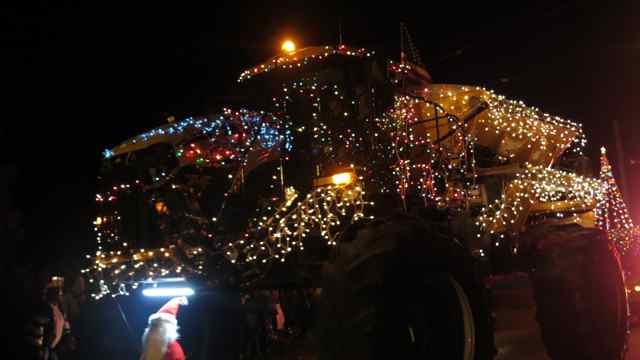 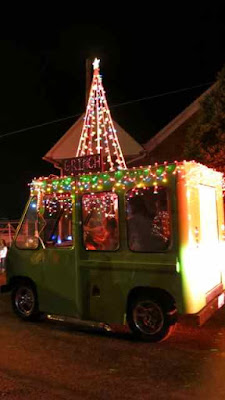