Have you ever made a photo book?  I am grateful for the companies that make it possible to upload my photos and then help me create a beautiful book using them.  If I don't do this after our trips to Europe I never look at the photos again.  I am now in the process of making another book.

I had previously used Snapfish, which I liked, but decided to try Mixbook for the last book I made and was very happy with it because of the tools for improving the photos as you add them to the book.  I'm therefore using Mixbook this time, too.

So far it has been very frustrating!  I edited each photo I wanted to use and added it to a separate folder in the order I wanted to use them combining my photos and those from our son and daughter-in-law.  One problem I encountered immediately was that for some reason our cameras were not set on the same time, therefore photographs of the same place appeared in different spots.  I moved them all to the right places and then began the upload.  Another problem!  The upload began in a random area--I have no idea why but it was 3 days into the trip.  Oh well, that's OK, I thought, but then saw the note stating that because of the size of the upload (1328 photos) it would take 2 days to complete.  It appeared I could still use other programs on my computer while the photos were uploading so I also thought "no problem" until I awoke the next morning to see the upload had somehow shut down with only about half of the photos loaded!  Since it had started in the middle of the trip I didn't know which ones had been completed.  By then, I was about ready to give up!  Of course, I couldn't because I've made a photo book for the other grandchildren of their trips with us so I have to complete this one, too.
I deleted that project and started over.  I placed 100-200  photos in separate folders to be uploaded.  Then I saw the note that said photos larger than 15 mb couldn't be uploaded.  I went through each folder, finding the 'too large' photos and reduced them then uploaded each folder.  I finally completed the upload Wednesday.  What a relief!
Last night I began the process of assembling the book.  Hopefully, there will be no more problems!  Here is a screen shot of the first page, so you can see the possibilities: 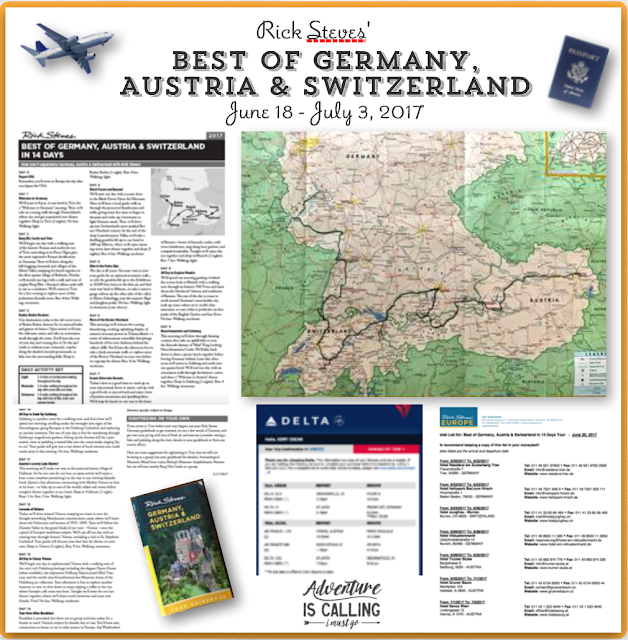 I am a perfectionist, it seems, so it takes quite a while to complete each book.  I consider this a labor of love that will last a lifetime.  When we are gone, our grandchildren will still have the books as a reminder of that love and the fun we had together.  So in my eyes, each one is worth the effort expended, and once it is completed I am relieved, and grateful I could do this for them.
But I can't help being a little frustrated in the process!!
at 8:07:00 AM