Whew! What a busy week/weekend!

Saturday was the day of Our Hometown Christmas in Martinsville.  It turned out to be the coldest day we have had so far this year with twenty-five mile an hour winds!  The windchill hovered around 18 degrees all day and night!  Certainly not an ideal day to be outside!  To top it off I was attempting to fight off a cold (without success, I might add.)
We grilled hot dogs for all who attended and provided free hot chocolate and cookies, too.  We had planned a bonfire but because of the wind we ended up burning wood in a 55 gallon drum to provide a little heat for those who needed to warm up.
About 25 hearty souls showed up for the Jingle Bell Run.
So despite the cold those of us who endure the cold had a fun time!

Three of us spent 2 days last week decorating the Martinsville on the Move float.  We were pleased with the results.  It looked so pretty in the Parade, we thought. 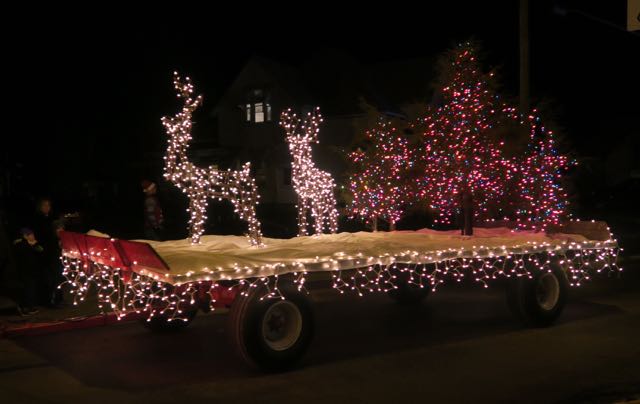 We also added lights to John's wagon so he could not only give free rides but enter it in the Parade.  This was a challenge since the wagon was aluminum.  Finally, we discovered duct tape was the only alternative.  It worked like a charm! 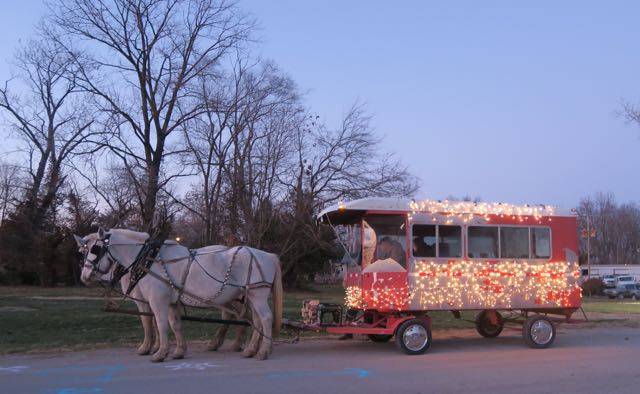 The Live Nativity Reenactment was inspiring!  It was the last year for the camel.  Too bad we didn't know that beforehand.  We could have advertised to make sure noone missed it.  I doubt it would have made much difference though, because of the cold.  We rented the camel from a wild animal park about 50 miles away.  The Park intends to do some Christmas reenactments next year so he will no longer be available. 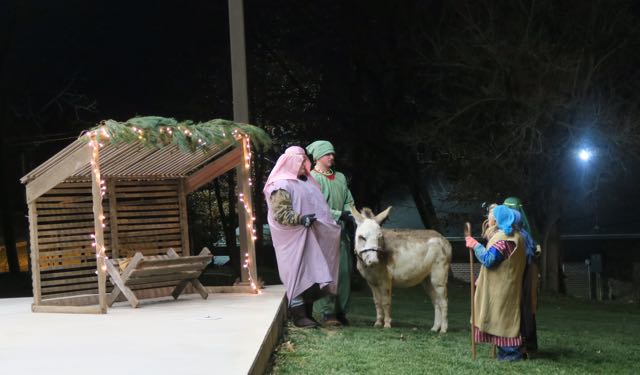 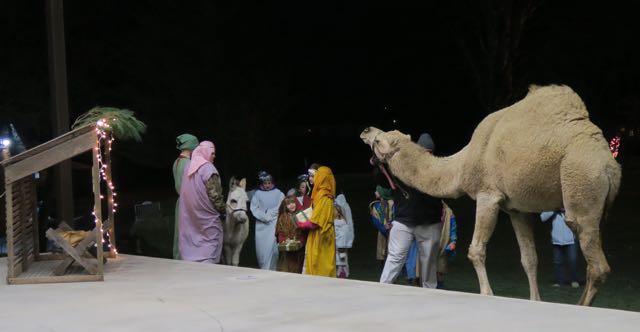 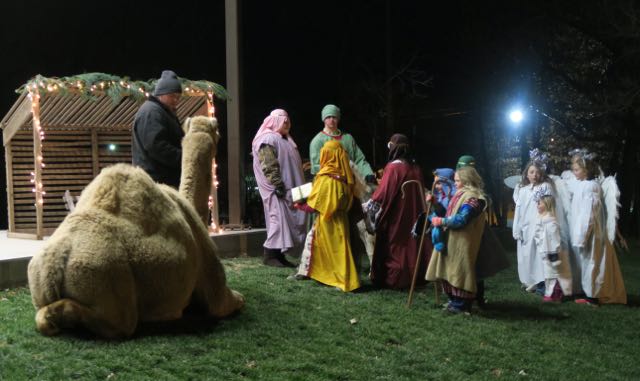 Here are a few more of the beautiful floats in the Light Parade: 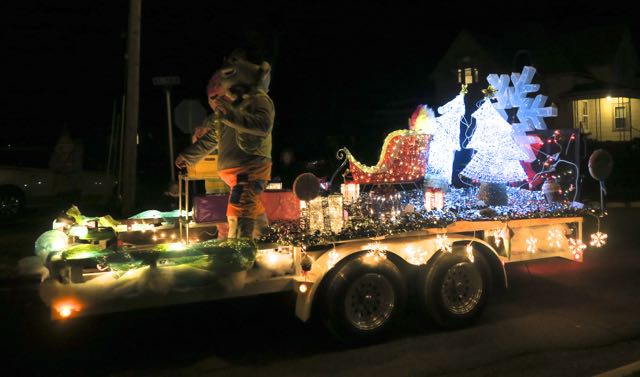 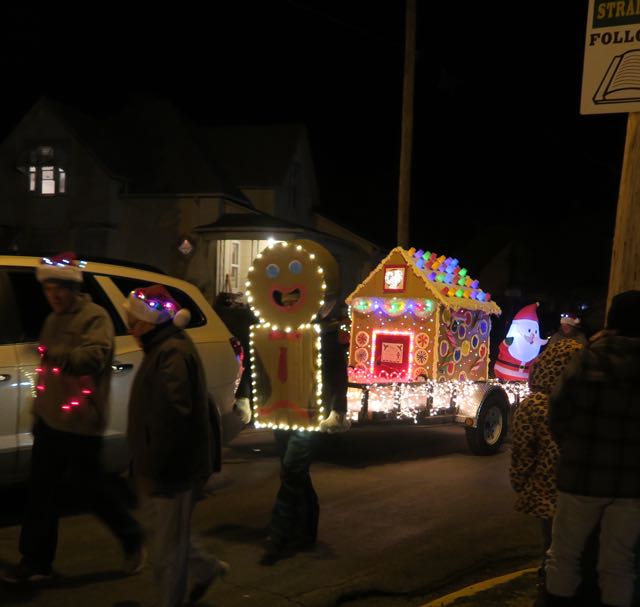 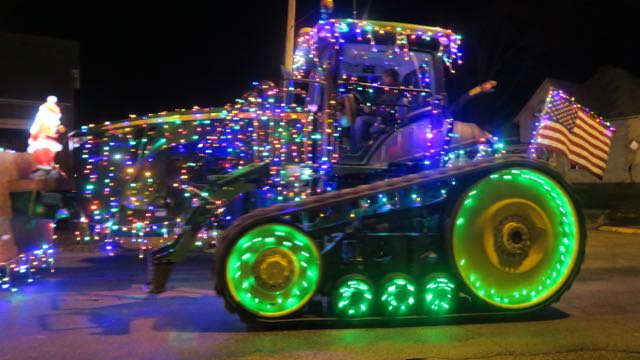