What a busy week!  I have had many extras this week in addition to working on preparations for Our Hometown Christmas on Saturday, so it seems I haven't been keeping up very well--though I'm sure the important things will all get done in the end.

Our Hometown Christmas is such a great way to celebrate the Christmas season.  We will be having a bonfire to keep us warm, a live nativitiy, horse-drawn wagon rides, a Christmas carol sing-a-long, free food and a tree decorating contest.

Besides planning and sponsoring the event at the Linn Park, two of us from Martinsville on the Move are working on a float to enter in the Light Parade which is sponsored by the Firemen's Auxiliary in conjunction with Our Hometown Christmas.  We had what we considered a great idea for a float so we asked one of the teachers at the high school if his class might want to build the structural part of it.  He was enthusiastic, but things came up and as of yesterday had not begun the project.  We were getting a little anxious since we needed the structural part before we could do anything else.  We weren't sure (still aren't) how to complete our part so we were hoping for a couple of days to think about it and to work on it.

Yesterday I decided to talk to Dan Smith, the builder who built our house, to get some advice on how to proceed and what supplies were needed.  After drawing it out and talking it over with me he said, "Just bring me six 10 foot long 2x4's and we'll get it done."  That certainly was an answer to prayer and much more than I was asking for!  What a relief!!

Today, while I was on my way home from Terre Haute he called to say it was done and he was  delivering it to the shed where the wagon has been parked waiting for us the decorate it.

We are ecstatic!  It is perfect!!  We can't wait to put on the rest of the trimmings and the lights!

I'm posting photos of the structure so you can see what a wonderful job he did. (He even used plexiglass for braces so the braces won't obstruct the view.)  Probably only those of you who live around here and know about Martinsville on the Move's project know what it is.  I will post pictures of our finished float when we get to the parade. 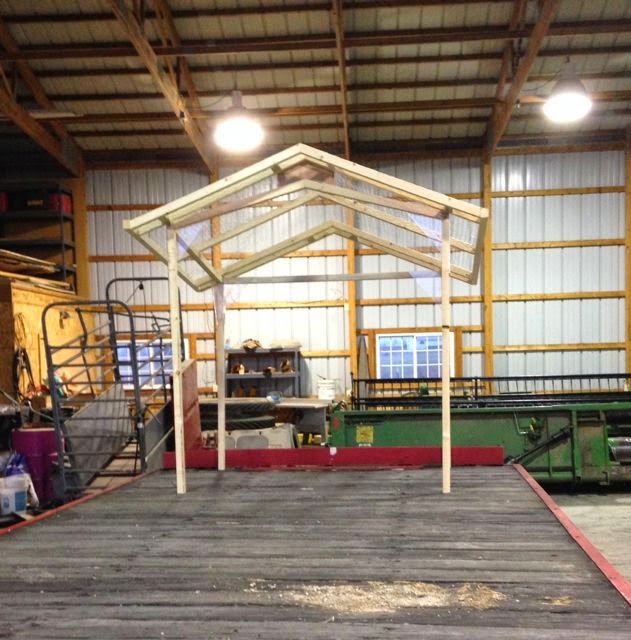 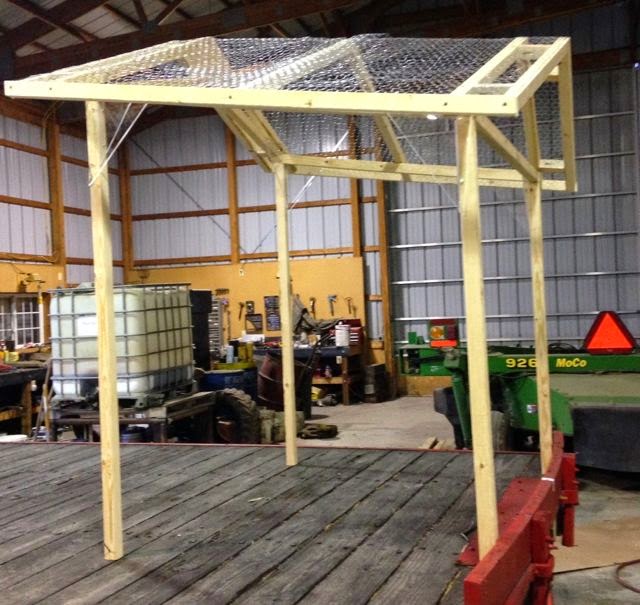