"The Nations in Turmoil! Declare: Fear Will Be Overcome by Laughter!" Chuck D. Pierce, Corinth, TX

Another encouraging word that we are not to fear, from Chuck Pierce:


Dear Kingdom Ones,
The Nations Are in Turmoil!
Psalm 46 says, "The nations raged, the kingdoms tottered and were moved; He uttered His voice, the earth melted... Let be and be still, and know (recognize and understand) that I AM God. I will be exalted among the nations! I will be exalted in the earth! The Lord of hosts is with us... !" (Psalm 46:6, 10-11)

"The Lord will thunder and roar from Zion...!" (Joel 3:16). From this Scripture we developed our concept for Head of the Year 5780, entering this new era with the roar of the Lord. During that Head of the Year 5780 gathering on September 26-29, 2019, I began to prophesy that the nations would come into turmoil until Passover.

At Starting the Year Off Right 2020, God was saying that there would be a massive plague-like invasion that would test us through Passover. When I prophesied that in Las Vegas on January 26, I did get several comments and certain rebuttals for repeating that our nation would go into some sort of major trial through April. I believe that we are seeing this not only in this nation, but throughout the nations at this time in history.

In Joel 2 and 3, we find these statements: "Fear not, O land; be glad and rejoice, for the Lord has done great things! Be not afraid, you wild beasts of the field, for the pastures of the wilderness have sprung up and are green...the fig tree and the vine yield their [full] strength. Be glad then, you children of Zion, and rejoice in the Lord, your God..." (Joel 2:21-23a) 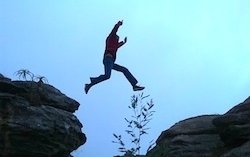 "Hasten and come, all you nations round about, and assemble yourselves; there You, O Lord, will bring down Your mighty ones (Your warriors). Let the nations bestir themselves and come up to the Valley of Jehoshaphat, for there will I sit to judge all the nations round about… Multitudes, multitudes in the valley of decision! For the day of the Lord is near in the valley of decision." (Joel 3:11-12, 14) (Photo via Pixabay)
Passover Will Become a Dividing Line
As God's Kingdom people, we must understand this is where the Spirit of God now has us in the earth realm. We must always hear what the Spirit of God is saying to the Church. Several interpretations could be given over the situation of COVID-19 as havoc occurs throughout the nations. Some would even say that this virus has stopped any movement where revival can continue. I would say: "God has put a PAUSE until He sees who is willing to cross over with Him through His Blood at Passover." This Passover will become a dividing line for our future!

Cindy Jacobs prophesied to me on January 3, 2020 that in the first three months of this year, I would have to be cautious in how much I travel. I had gone 570,000 miles last year and was weary from all the travel and warfare. She actually shared that the Lord was saying that I needed rest, but I recognized the admonition to be a caution on my travel for the first three months of 2020. Therefore, I have watched the Lord make sure I've had more time to rest and write, and have actually stopped most international travel during these three months.

Susan Stanfield, who has worked here for 40 years, shared with us that the Lord told her to "gird up your loins for spring storms ahead." I believe this is what God is saying to all of us. At the beginning of 2020, the Lord said to me to "TIGHTEN YOUR BELTS!" This is the same principle as "girding up your loins." The Lord said this would be a hard financial year. However, if we would gird up our loins, then we would end up doing exploits.
Let's get ready to cross over!
Overcome Fear with Laughter!
Adar is known as a month for abounding joy, and the power of barrenness being broken. We can invite the Lord to quicken our emotions so that our expectations are aligned with what He desires to bring forth at this time.  During this Purim week, declare that plans for destruction are being overturned, and that your fear will be overcome by laughter!