Milky Way is Back! 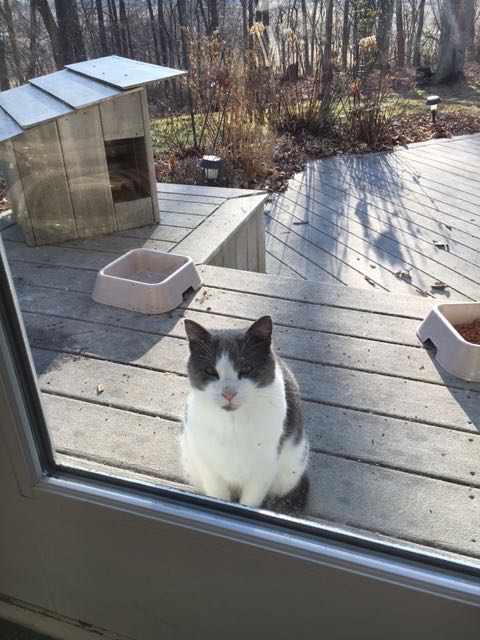 Last March when I was in Rochester for surgery, Milky Way disappeared.  Now, over 9 months later she has re-appeared.  It would be so interesting to know where she's been.  She came to us 2 or 3 years ago pregnant.  And stayed from then until March, having 3 or 4 litters of kittens.
We don't know where she came from the first time, or now, but she doesn't appear to be living here so far this time--at least not in the cat house.  I think she is a wanderer--doesn't like to put down roots too long but enjoys the benefits of several people caring for her.  Until she returned, our only cat was Brown Kitty who was from her last litter.  When they met again they didn't seem to like each other much.  Now they appear at different times to be fed.  There must be some sort of communication and pecking order between cats.
at 10:18:00 AM