I just read where Donald Trump said he tuned into a mainstream news station on Saturday morning which was showing almost no people attending the inauguration.  For any of you who listen only to mainstream media and also read my blog--of which I doubt there are many--I thought I would do my part to dispel the idea that no one attended.  Here is a screen shot of a photo which was posted on Breitbart.  I love it!! 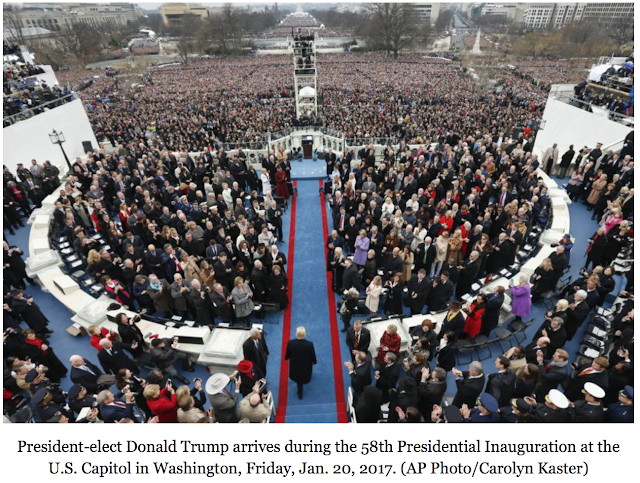