As we were returning on the same train from Lauterbrunnen to Wengen that we rode yesterday we were talking about how amazing that was!!  This morning we took the gondola up to Manlichen and caught the train to Klein Scheidegg where we went on Rick Steve's favorite hike over to Wengernalp.   Before we started the hike we climbed up to the panoramic overlook which was spectacular!  While we were hiking up there a concrete truck & a Swiss helicopter truck passed us.  Then in a few minutes a helicopter flew in and landed.  The pilot off-loaded all his equipment and men who began filling a large container with concrete.  The pilot then began ferrying these containers down the mountainside where others were building avalanche fences.  All the guys were fascinated.
Near the end of our hike the weather began to change.  It got really cool and began to lightly rain, so we caught the train back to Wengen to get warmer clothes.  There we bought a picnic lunch at the Co-op.   By the time we had finished lunch the sun came out and it began to warm up.  We caught the train to Lauterabrunnen, the gondola to Grutschalp, where we caught the train to Murren.  At Murren we took the gondola to Gimmelwald, and switched there to a gondola to Stechelberg where we began a hike back to Laterbrunnen.  The last gondola was quite thrilling as we descended over a cliff nearly 1500 feet.  We saw beautiful waterfalls on the hike and stopped to watch base jumpers and para sailors.  At Laterbrunnen we visited some shops and then boarded the 5:07 train back to Wengen.
I'm sure you get the idea why we are amazed we have been here only 24 hours!
We will be heading to a place near Beaunne, France for one night tomorrow.  As far as I can tell from the tour books and websites the Internet may be spotty or non existent from here on out so I will have to see whether I am able to post anymore on the trip.  It has been fabulous so far. 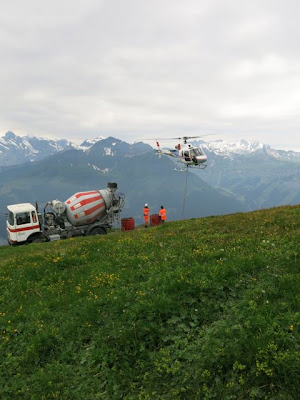 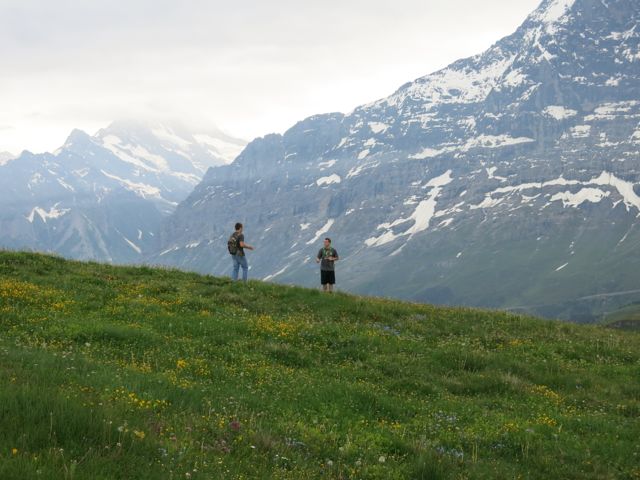 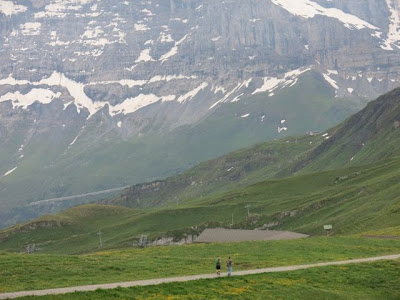 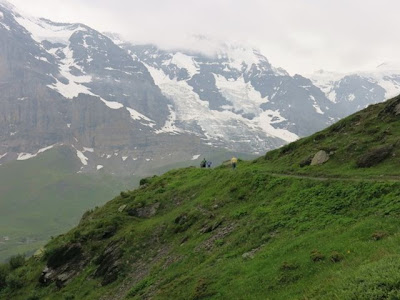 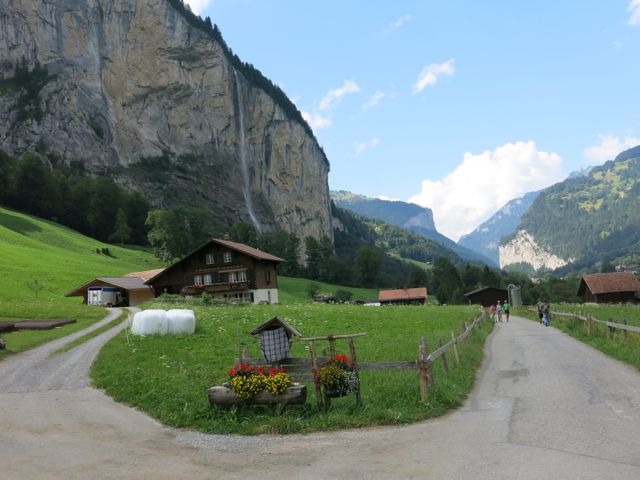 Would like to see Switzerland again. Your trip sounds
so adventurous. We are really enjoying your trip.