The Architect of Destruction by Maureen Scott

My uncle sent this excellent article so I'm sharing it with you.  It describes Obama actions well and helps us to see why he does not have the same love for America that most of us who have grown up in patriotic homes have.  (President Obama would do well to see the Word for Today that Bible Gateway just happened to choose for this date.)

Maureen Scott is an ardent American patriot who was born in Pittsburgh, PA, and retired to Richmond, VA, in 2000. Free from the nine-to-five grind of writing for employers and clients, she began writing political commentary to please herself and express her convictions, as do I. Our Pledge of Allegiance, a military band playing the National Anthem, and the wisdom of our Founding Fathers, inspire her passion and views. Her life is guided by a firm belief that truth is the most important virtue, and that God knows what He is doing with her. She is my guest writer today, for I could have never said it better. Please take the time to read and listen to this good American woman. I believe you will be glad you did. I give you Maureen Scott.
The Architect of Destruction 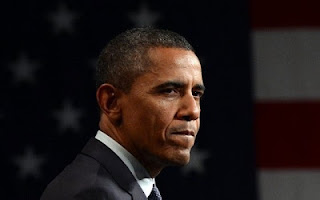 Barack Obama appears to be a tormented man filled with resentment, anger, and disdain for anyone of an opinion or view other than his. He acts in the most hateful, spiteful, malevolent, vindictive ways in order to manipulate and maintain power and control over others. Perhaps, because, as a child, he grew up harboring an abiding bitterness toward the U.S. that was instilled in him by his family and mentors…it seems to have never left him.

It is not the color of his skin that is a problem in America .

Rather it is the blackness that fills his soul and the hollowness in his heart where there should be abiding pride and love for this country.

Think: Have we ever heard Obama speak lovingly of the U.S. or its people, with deep appreciation and genuine respect for our history, our customs, our sufferings and our blessings? Has he ever revealed that, like most patriotic Americans, he gets "goose bumps" when a band plays "The Star Spangled Banner," or sheds a tear when he hears a beautiful rendition of " America the Beautiful?" Does his heart burst with pride when millions of American flags wave on a National holiday - or someone plays "taps" on a trumpet? Has he ever shared the admiration of the military, as we as lovers of those who keep us free, feel when soldiers march by? It is doubtful because Obama did not grow up sharing our experiences or our values. He did not sit at the knee of a Grandfather or Uncle who showed us his medals and told us about the bravery of his fellow troops as they tramped through foreign lands to keep us free. He didn't have grandparents who told stories of suffering and then coming to America, penniless, and the opportunities they had for building a business and life for their children. 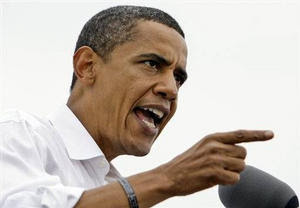 Away from this country as a young child, Obama didn't delight in being part of America and its greatness. He wasn't singing our patriotic songs in kindergarten, or standing on the roadside for a holiday parade and eating a hot dog, or lighting sparklers around a campfire on July 4th as fireworks exploded over head, or placing flags on the grave sites of fallen and beloved American heroes.

Rather he was separated from all of these experiences and doesn't really understand us and what it means to be an American. He is void of the basic emotions that most feel regarding this country and insensitive to the instinctive pride we have in our national heritage. His opinions were formed by those who either envied us or wanted him to devalue the United States and the traditions and patriotism that unites us.

He has never given a speech that is filled with calm, reassuring, complimentary, heartfelt statements about all the people in the U.S. Or one that inspires us to be better and grateful and proud that in a short time our country became a leader, and a protector of many. Quite the contrary, his speeches always degenerate into mocking, ridiculing tirades as he faults our achievements as well as any critics or opposition for the sake of a laugh, or to bolster his ego. He uses his Office to threaten and create fear while demeaning and degrading any American who opposes his policies and actions. A secure leader, who has noble self-esteem and not false confidence, refrains from showing such dread of critics and displaying a cocky, haughty attitude. 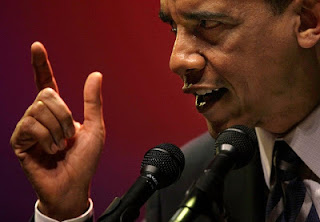 Mostly, his time seems to be spent causing dissension, unrest, and anxiety among the people of America, rather than uniting us (even though he was presented to us as the "Great Uniter"). He creates chaos for the sake of keeping people separated, envious, aggrieved and ready to argue. Under his leadership Americans have been kept on edge, rather than in a state of comfort and security. He incites people to be aggressive toward, and disrespectful of, those of differing opinions. And through such behavior, Obama has lowered the standards for self-control and mature restraint to the level of street-fighting gangs, when he should be raising the bar for people to strive toward becoming more considerate, tolerant, self-disciplined, self-sustaining, and self-assured.

Not a day goes by that he is not attempting to defy our laws, remove our rights, over-ride established procedures, install controversial appointees, enact divisive mandates, and assert a dictatorial form of power. 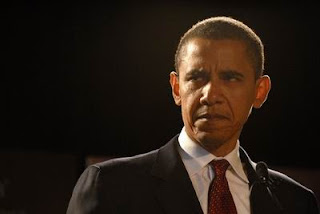 · Never has there been a leader of this great land who used such tactics to harm and hurt the people and this country.

· Never have we had a President who spoke with a caustic, evil tongue against the citizenry rather than present himself as a soothing, calming and trustworthy force.

· Never, in this country, have we experienced how much stress one man can cause a nation of people - on a daily basis!

Obama has promoted the degeneration of peace, civility, and quality of cooperation between us. He thrives on tearing us down, rather than building us up. He is the Architect of the decline of America , and the epitome of a Demagogue.

The lady is articulate! And, of course, I believe she has "nailed" Obama. To a tee, if you pardon the attempt at a pun...