We had a great time at the Redneck Pool Party Saturday evening at Linn Park even though we had a few 'hiccups' in our plans.  The weather was perfect--sunny and in the 80's.
We had decided to build 2 pools this year and did some extra planning to ensure they were constructed well.  Last year we started with the straw bales in a rectangle but when the water was added the bales began shifting to a circle. (see post here).  We may not be the sharpest knives in the drawer, but we did realize it would be good to begin with a circle.  Unfortunately, the ground is not entirely level anywhere in the Park.  We chose places that were as level as possible and placed the first row of bales on edge in a 30 foot circle.  It seemed good to put straps on this row, then add the second row of bales and cover them with the Visqueen layer. 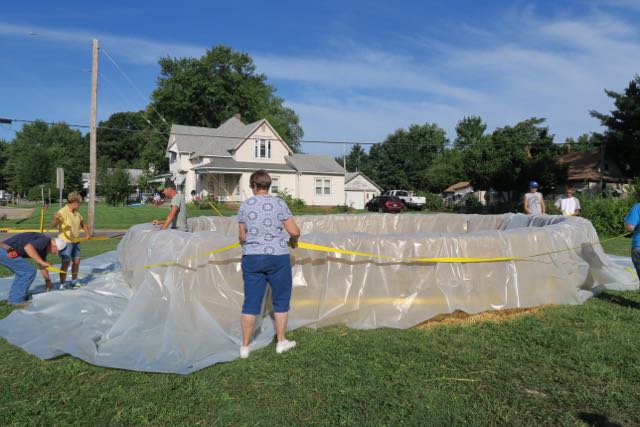 We then placed the straps on the second row over the Visqueen (this is where we made a mistake.  We should have either placed the straps directly on the straw, or over the tarp so we could see them) and then draped the tarp over the whole structure.  We have decided we won't use Visqueen next year because the tarp, which we were able to save to use again, was heavy enough to hold water without it. 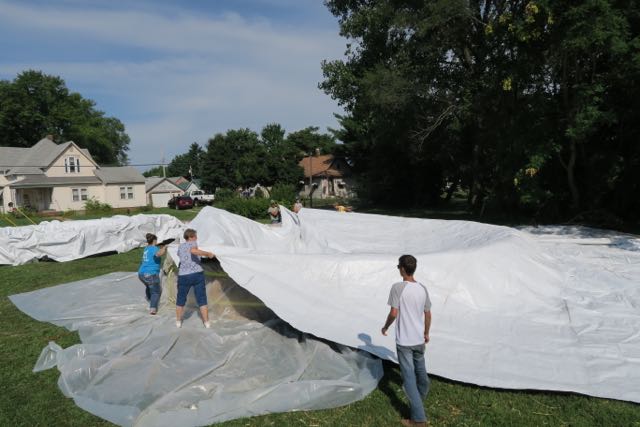 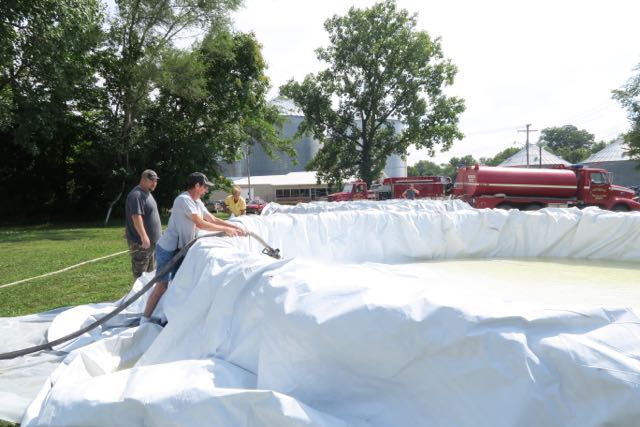 The Fire Department used their trucks to fill the pool.  Unfortunately, when they pulled the water out of the hydrant it was a brown murky color.  We added pool chlorine to combat any germs but the water stayed brown. (Fortunately, that didn't seem to deter the kids.)
The pool was filled to near the top of the second ring and we were just congratulating ourselves on building such a cool pool when the top strap slid up the Visqueen and off the row of bales. 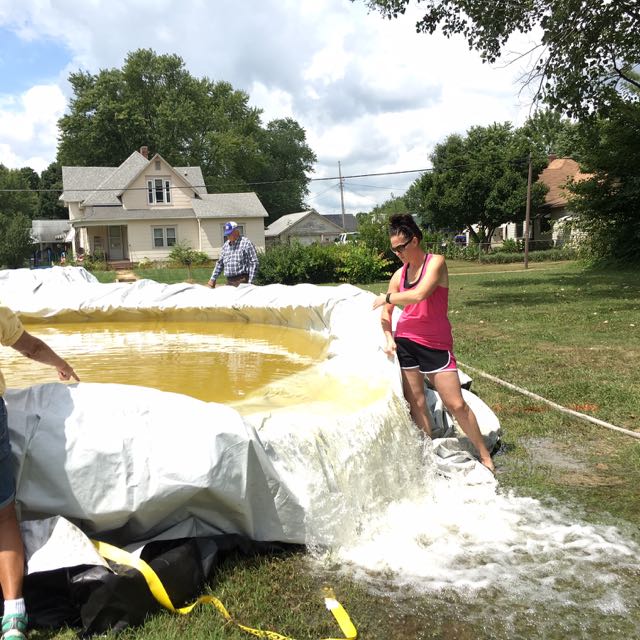 Water began trickling over the edge and quickly became a flood, knocking the second row of bales off and washing bales out into the street.   Needless to say we were a little disheartened! 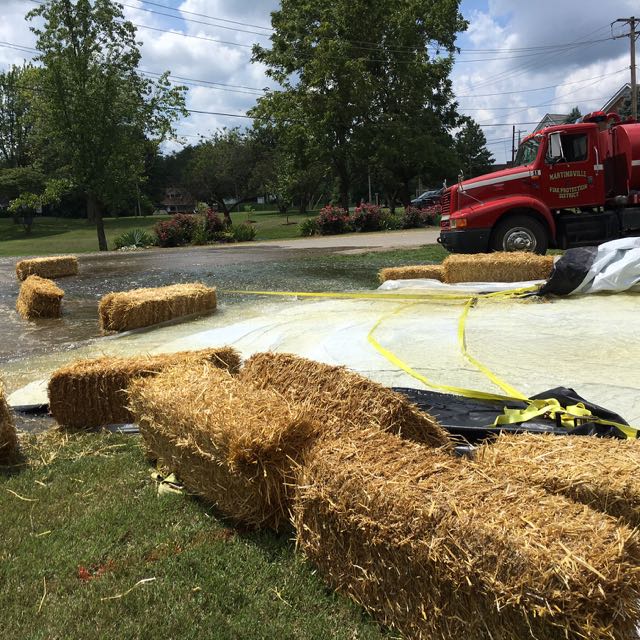 But we rallied and decided to make the pool only one bale high but larger in diameter and use it for a toddler pool.  It was a great hit! 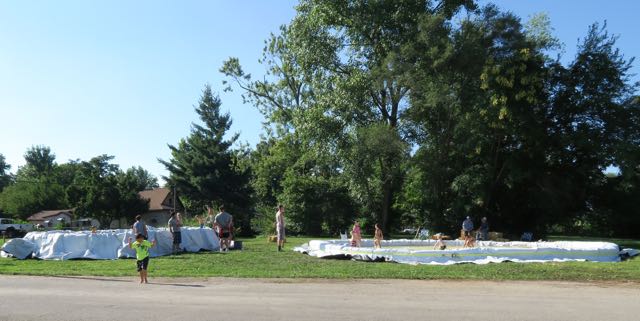 We didn't fill the other pool with as much water so eventually when the kids continued to climb on the top row that row collapsed and created our very own redneck waterfall.  The kids loved it!  They took turns sitting in the cascading water. 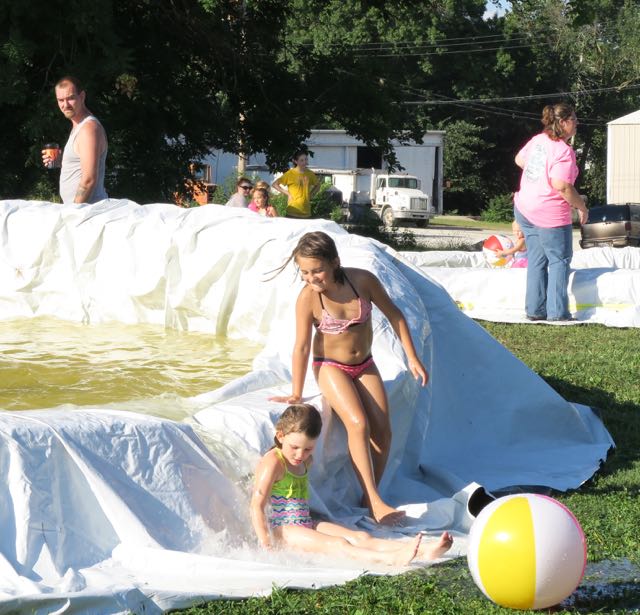 Since we had acres of tarp from the corn pile at Littlejohn Grain we also cut a strip 9 feet by 85 foot long and used it for a slip n slide.  That may have been the biggest hit of the Party!  There was always a line of 10 - 15 kids waiting to go down. 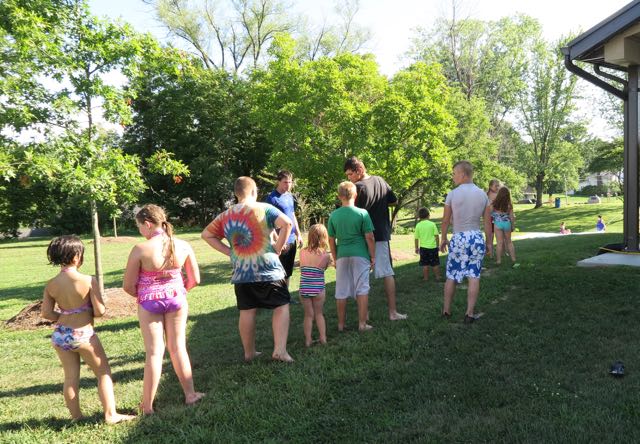 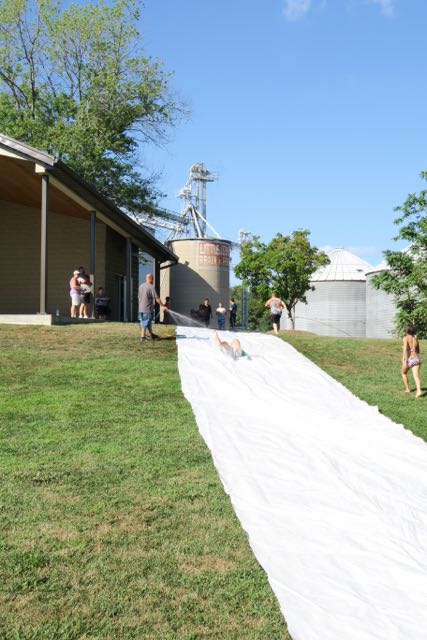 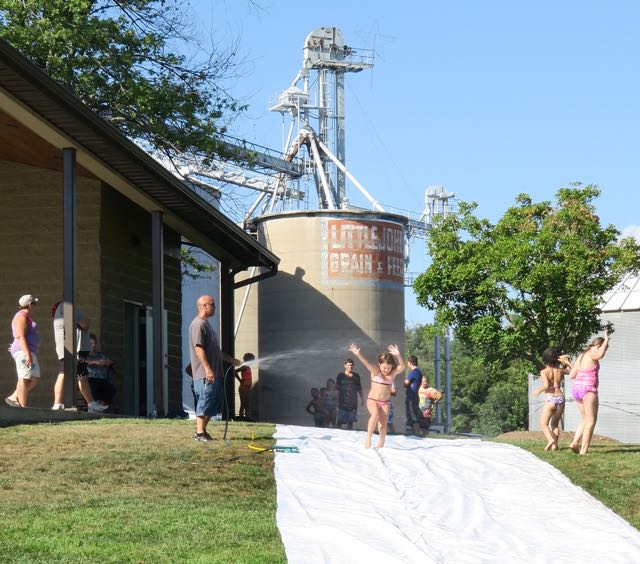 Of course, the Pinaqua made with kitchen trash bags filled with water, was popular again this year and the little kids loved the bounce house. 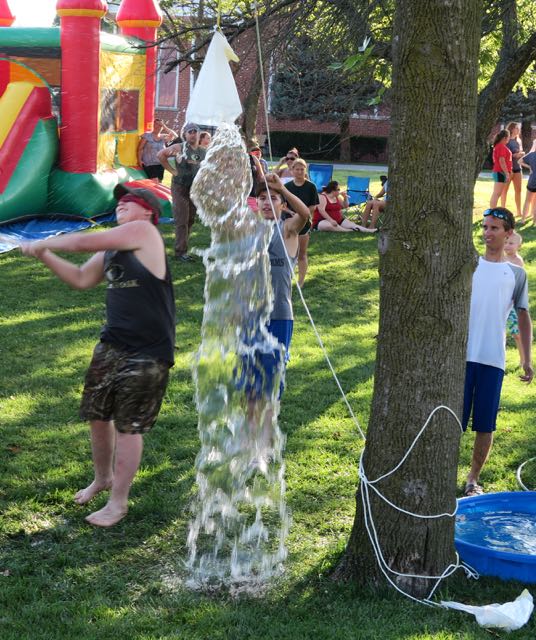 A new addition this year that was also very popular was the Redneck Hot Tub.  It seemed to be occupied with several bathers most of the time! 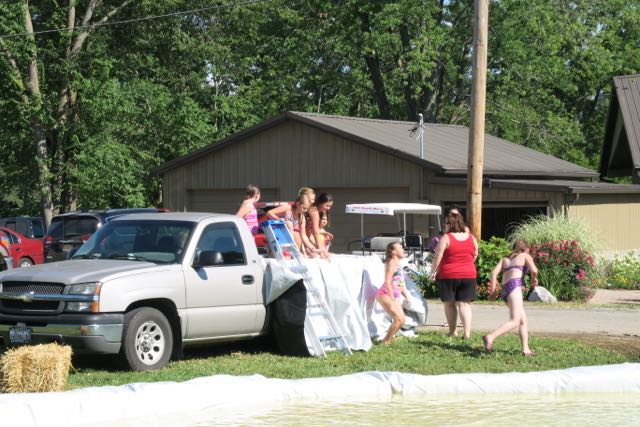 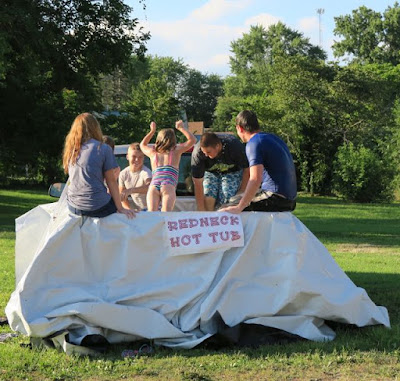 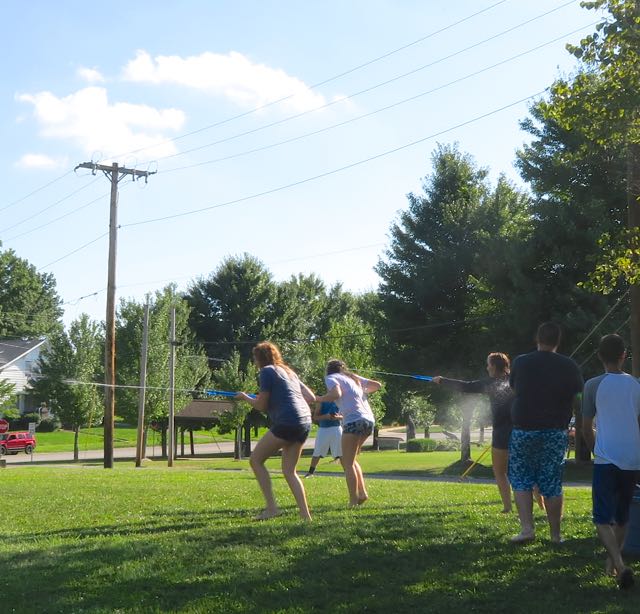 And some didn't need anything but water left over from the 'pool flood' to have a good time. 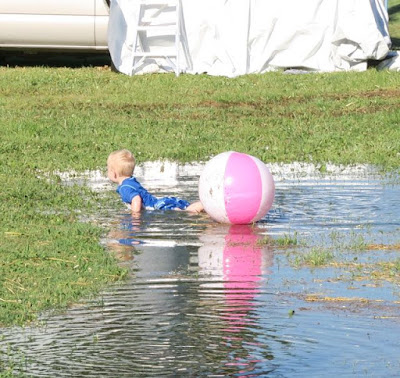 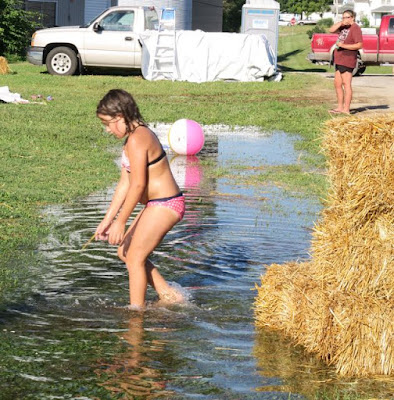 Even though it was a lot of work, when the day was over and we saw how much fun everyone had we determined to do it again next year.  I'm sure we can get the 'pool building' figured out if we just keep working on it.  :o) 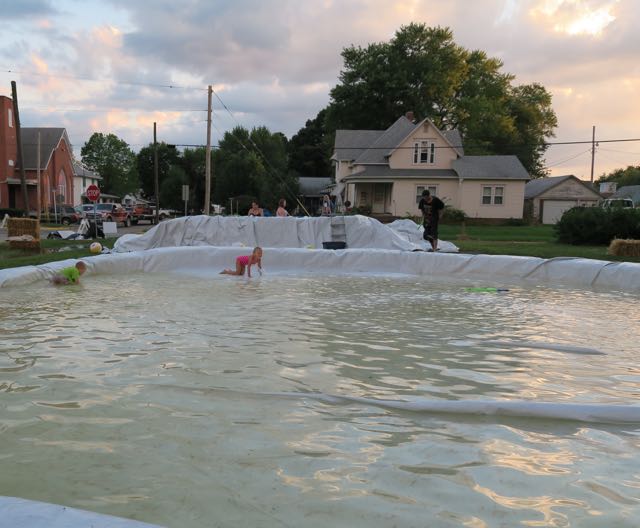 It was difficult to end the party.  Some had to have "one more time" before reluctantly getting out so we could dismantle the pools.