Harvest Is In Full Swing

The farmers took advantage of great weather yesterday.  They have just recently been able to get back in the fields because of all the rain we've had.
Country Guy asked me to run out to the elevator and take some pictures since he had heard they had a record number of trucks waiting in line and he was in combining corn so wasn't able to get there to see it.  I thought you might be interested to see what harvest in full swing looks like at a grain elevator.  (FYI:  On an Apple computer you can enlarge a photo, or page, by holding down the 'Command' and 'Shift' keys and typing '+' several times. I would assume there is a similar feature on Windows computers.) 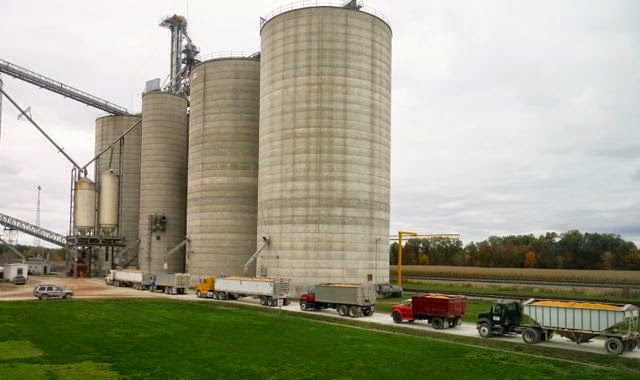 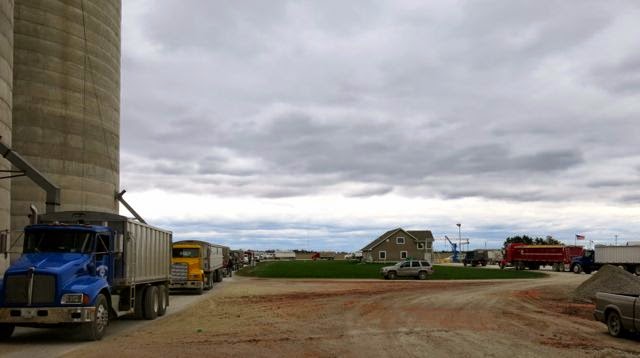 I have been hearing of record yields for some farmers with the corn crop averaging near 200 bushels per acre.  Of course, as is always the case when harvest is good, the price of grain has gone down significantly, particularly corn, which is under $3/bushel right now.  Several months ago it was over $7/bushel.
at 11:47:00 AM