Included among the many pumpkins & gourds the granchildren brought from Nebraska were five green stacking pumpkins.  Every time I walked past them I thought someone should try making a snowman out of them (even if he would be green) since they stacked so well.  Finally I could resist no more.
He fits right in with the pumpkin the boys & I carved on Sunday, don't you think?  I've been concerned the earlier one wouldn't last until tomorrow to be entered into the contest, but I think he's going to make it. 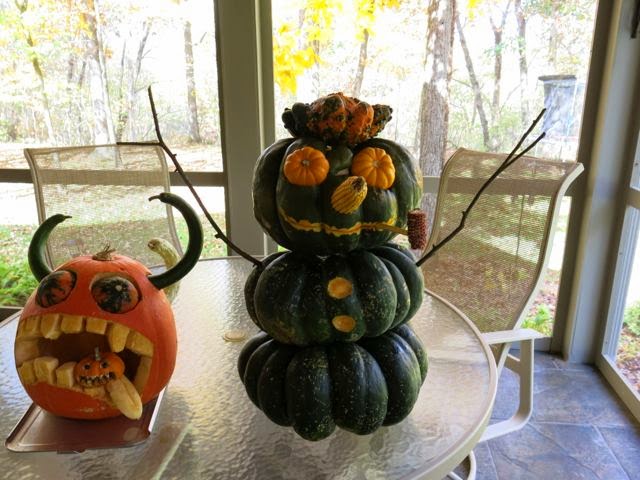