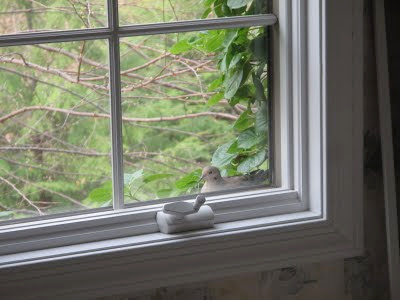 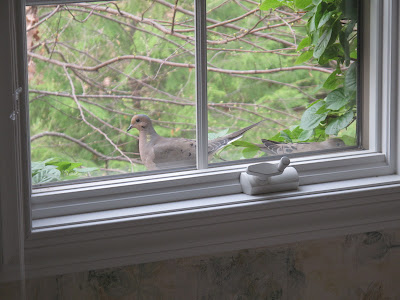 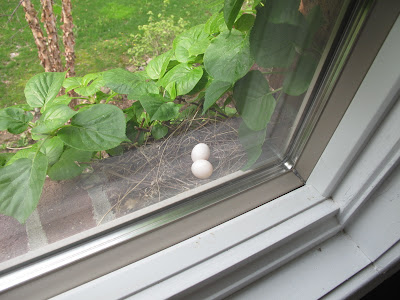 Last week a dove decided to make her nest on the brick ledge outside our bathroom window.  It took her awhile, but once the nest was complete she sat on it a couple of days as if there were eggs in it, although there weren't any yet, and cooed.  As I was attempting to take her picture one day, her mate appeared on the ledge with her.  Then on Friday she layed an egg.  Saturday there was another.  She now seems to be sitting on them, so I guess there will be only two.  If either of them hatch, I will post pictures of the babies, later.
This morning the dove was not on her nest, so I don't know if she will be back or not.  I think she realized it was not an ideal place to hatch her young since we were always going in and out of the bathroom.
at 10:04:00 AM

That is so neat! The boys loved seeing them too!
Jess